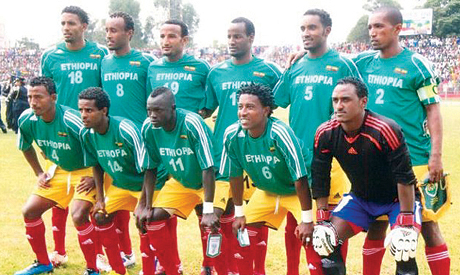 Their path to qualification :

Ethiopia dreaming of a return to glory days

Ethiopia are back at the big stage after a 30-year absence.The 1962 African Champions have been in ascendancy since 2011 and duly made it to the top continental competition. Between the qualifiers of the 2014 World Cup and 2013 AFCON, the Walya antelopes have produced encouraging results.They eliminated Benin and Sudan , quarter finalists at the 2012 AFCON tournament . Ethiopia’s impressive results include holding South Africa to a draw and beating the Central Africa Republic in World Cup 2014 qualifiers. After qualifying for the 2013 tournament, they have used the CECAFA tournament to experiment some young players who may be part of the squad for the South Africa expedition.