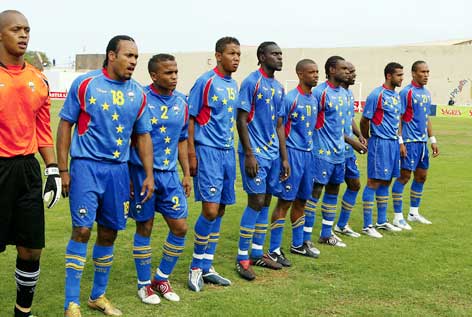 Cape Verde are making their debut at AFCON.

Blue Sharks looking to enjoy the swim with the continent’s biggest fish.

Newcomers on the continent’s highest football stage , Cape Verde are coming to South Africa first and foremost to learn and gain experience and won’t be too downbeat by many things as reaching the finals has been a wonderful achievement in itself. The debutants are drawn in Group A alongside hosts South Africa, Morocco and Angola all with more experience at this level than them but the Blue Sharks Blue Sharks will be looking to continue with their giant-killing act from the qualifiers in this group.