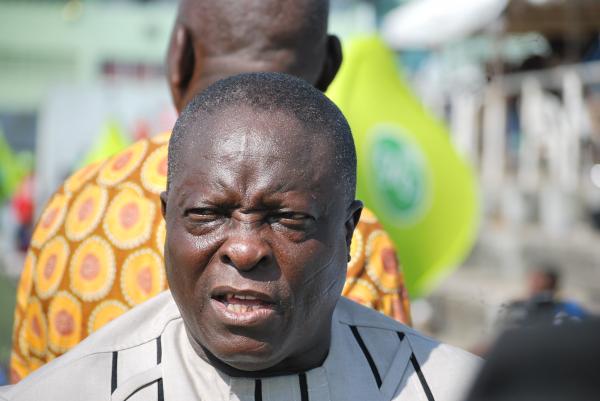 The Nigeria Supporters Club has said it will go to the Africa Cup of Nations in South Africa with at least three thousand Nigerian supporters.

The President of the association, Rafiu Ladipo, disclosed this in an interview with PREMIUM TIMES on Tuesday.

Mr. Ladipo also said that prayers and fasting would make Nigeria successful in the competition.

“People don’t give us credit because the players are no longer playing with determination like before, that’s why we decided to abandon juju(voodoo) in the 90s and we started fasting and praying.

“That’s what we did in Tunisia ’94; we went to a catholic church, we prayed and fasted and we won,” he said.

Mr. Ladipo said his expectation for the Nigerian team at the 2013 African Cup of Nations, AFCON, is very high especially because Nigeria did not take place in the last edition.

“We are going there to prove account of ourselves, everything possible should be put in place, players should also put plus and extra effort and perform well over 100 percent.

“Supporters club no longer believe in Juju…Yes we used it in those days, but no more,” Mr. Ladipo said.

The leader of the supporters club said he is optimistic that Nigeria will get to the finals if the players are chosen based on merit and go ahead to show commitment to win for Nigeria.

“If we do everything correctly we are likely to win the trophy, the players should be committed,” he said.

Speaking on Osaze’s exclusion, he said, “we just must support coach on any decision he makes; if you’re a good player without discipline its a minus and if Keshi has decided to drop some players why not.”

The Super Eagles will engage Nations Cup debutant, Cape Verde, in a friendly match on Wednesday in Faro, Portugal.

The final list of 23 players to represent Nigeria is expected to be released immediately after the match.