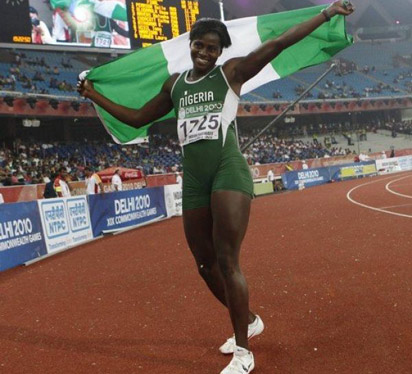 Osayomi, a former African Champion who has also won medals at several international competitions including the Olympic Games for Nigeria is one of the talents unearthed by Coach Erin.

She described the late coach as a father who will be deeply missed after his immense contribution to her rise to stardom.

“I woke up this morning with a very sad news to my soul that my grassroot coach, the man that brought me up in track and field, a coach like a father to me whom a lot of athletes think is my father is no more. Coach Samuel Akinyemi a. k.a (Erin) is gone. Oh may your gentle soul rest in peace coach Erin. You contributed a lot to my life. I will forever miss u my coach” Osayomi wrote on her facebook page.

Coach Erin was last with the Ondo State team to the last National Sports festival hosted by Lagos.

Aside Osayomi, another big name athlete raised by the late Coach is Seun Ogunkoya, one of the very few Nigerian male athlete to run the 100m in less than 10 seconds.