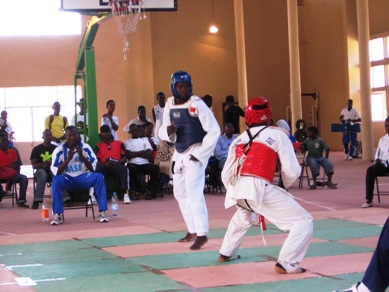 The President of Taekwondo Federation of Nigeria, Jonathan Nnaji, has urged the Federal Government to allocate specific funds for preparation and participation in the Olympic Games in its annual budget.

Mr. Nnaji made the call in an interview in Lagos on Sunday. He said Nigeria should not always wait until the Olympic Games year before it would release huge sums of money for taking part in the Games.

“This will guarantee adequate preparation of our athletes and save the country the embarrassment of poor performance at the Olympics as witnessed at the London 2012 Games,” he said.

The Taekwondo boss said if government releases money annually to the National Sports Commission, specifically for organising competitions in all sports, the country will begin to do well in the quadrennial Games.

“Such will help Nigeria to prepare adequately for the 2016 Rio Olympic Games. We should avoid waiting until the Olympic year before money is released for preparations.

“Even if you give 100 million U.S dollars then to the best coaches to prepare athletes six months to the Olympic Games, they will not win any medal,’’ Mr. Nnaji said.

He said medals would only come from constant training through participation in tournaments regularly throughout the year.

“It is only when athletes have an avenue to frequently compete with one another that their skills are honed and tested over time,” the taekwondo federation president said.

He appealed to the Sports Commission to start the preparation of athletes for the next Olympics immediately to achieve good result.

He also disclosed that the U.K. Taekwondo team had invited him to be involved in the selection of its athletes to be groomed for the 2016 Rio Olympics.

“They started their selection immediately after the London 2012 Olympic Games and they have commenced training on how to make their kicks faster and apply fluid techniques in fights.

“Other counties have also started their selection processes. But here in Nigeria, we have not done anything. When the Rio 2016 Games comes, how do we then expect to win medals?’’ he said.

Mr. Nnaji also said if immediate steps were not taken to remedy Nigeria’s poor performance at the London 2012 Games, then Nigerians should expect a repeat in Rio.