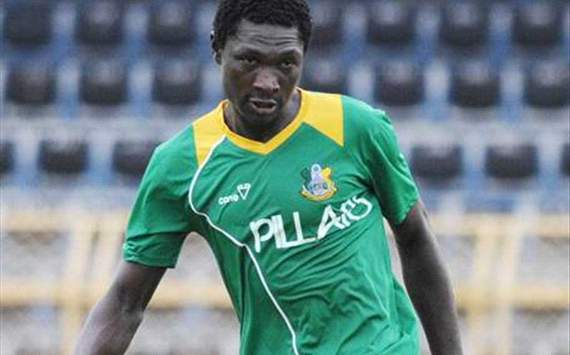 Nigeria’s Coach, Keshi, wants the medics to tell him if Kalu will be fit to play.

Power playing Super Eagles midfielder, Gabriel Reuben, who was left behind in Portugal to recuperate from an ailment during last Wednesday’s Exhibition match in Spain against the Catalonia selected side is back, healthy and running again.

Reuben revealed that no sooner had the team left for Barcelona than he started feeling a lot better and wished he had been part of the game against world stars like Puyol, Xavier Hernandez, and Gerald Pique.

“But I’m happy to be back and running again, but it was a little lonely but thank God all that is behind now, we should be looking at the Nations Cup proper in South Africa”, he said.

Meanwhile, Turkey based Uche Kalu, who had a groin strain is still in camp with rest of the squad. He is, however, not training with them as he has been placed under close observation by the medical team.

The Head Coach, Stephen Keshi said he has asked the medics to give him a final word on the player by next week before he takes a decision on the strongly built striker.

Apart from the two cases, there are no injury worries in camp. There are, however, selection headache for the coaches as the likes of Sunday Mba, Benjamin Francis and Solomon Kwambe lay claim to Nations Cup shirts ahead of the release of the final list of players for the tournament.