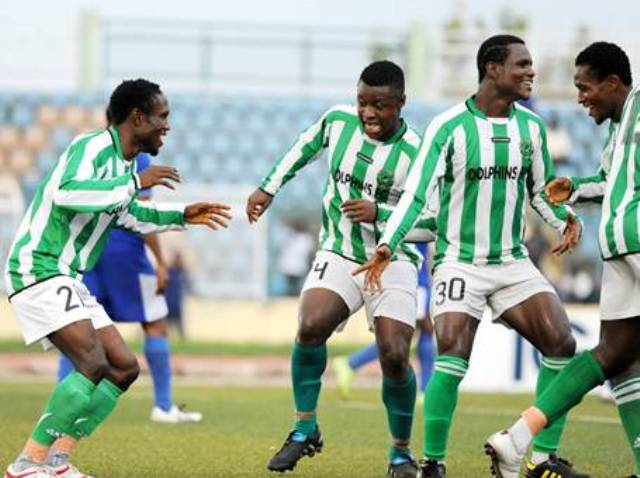 Players of Dolphins FC of Port Harcourt initially billed to resume camping on December 27 for the 2012/2013 Nigeria Premier League Season, will now resume on January 7.

The Media Officer of the club, China Acheru, said this is as a result of the uncertainties surrounding the kick-off date of the League.

“When we sent our players off for Christmas, we gave them a three day break because at that time we thought the League will start on January 5th or 12th.

“From all indications the season will not start until February and the management of the team agreed that a few days won’t kill the players considering we have a very long season ahead,” Acheru said.

“The management have advised the players to stay home until next week. We need them fresh for the league and like was stated earlier, a few days won’t kill us,” he added.

Dolphins had delayed their pre-season camping to Nnewi by two weeks when the initial kick off date of the League then, December 8th became shaky.

The players however eventually proceeded to Nnewi and spent two weeks there before returning to Port Harcourt in the 1st week of December, after which the players were decamped.

Welcome to Nigerianistan, By Nicholas Ibekwe