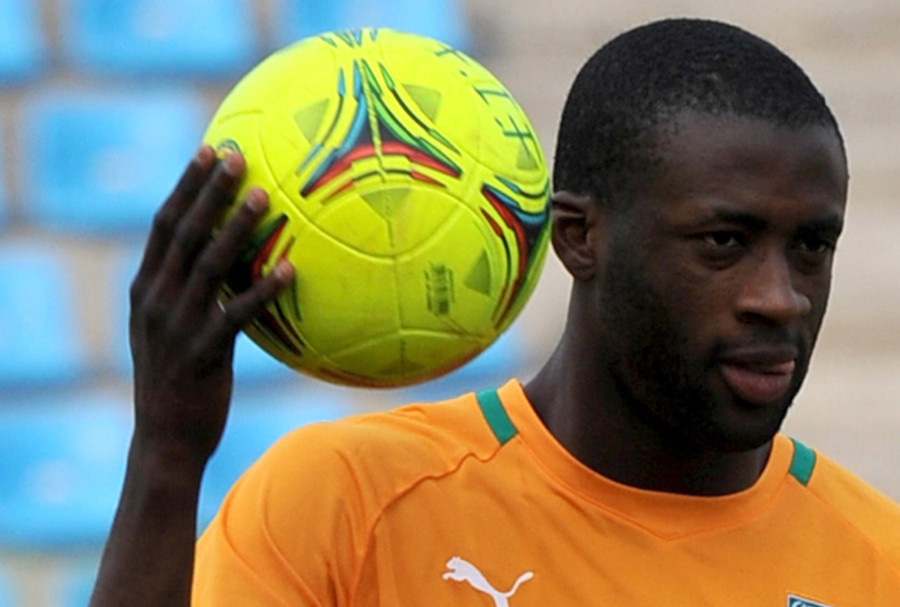 Yaya Toure emerged as Africa’s best in the CAF awards

Manchester City and Ivory Coast midfielder, Yaya Toure, has again be voted African player of the year for 2012.

Toure, since joining Manchester City from Barcelona, has proved to be a prized accept contributing in no small way to the few successes recorded at the Etihad stadium. The player is currently one of Africa’s highest paid.

For some, Shenhua of China and Ivory Coast striker, Didier Drogba, was seen as the top favourite for the African Footballer of the year for 2012.

Drogba  was a pivotal member of the all conquering Chelsea team that won the UEFA Champions League for the very first time this year before heading to Asia to star in the not too famous Chinese Premier League.

Barcelona and Cameroonian midfielder Alex Song was also in the run for the Africa Player of the year award after a commendable display for Arsenal which in turn facilitated a move to Spain to join Barca.

CAF initially named 34 players for the award before cutting it down to 10 names. Nigeria’s John Obi Mikel and Victor Moses were part of the initial short-list

The winner from the final three nominees were decided by votes from the head coaches and technical directors of the football associations affiliated to CAF.

In other categories of award, also given out at the lavish event in Accra, Ghana, reigning African Champions, Zambia, carted away the National Team of the year award while their French Coach, Herve Renard, was voted the Coach of the Year.

Zambia’s Stoppila Sunzu also won the Africa player of the year 2012 based in Africa to complete a remarkable year for the Chipolopolo.

Elsewhere, Equatorial Guinea women’s team that won the last African Women Championships were voted as the best women’s team ahead of Nigeria who have over the years won the award and other contenders while  Genoveva Anoman was the best female player in the continent for 2012.

Below is the list of the winners for the CAF 2012 Awards.

African Player of the Year is Yaya Toure.

African Coach of the year: Coach Herve Renard of Zambia

Legendary Awards: Mahmoud El-Gohary (The Egyptian Coach that passed on in September 2012)

Legendary Awards 2: Rigobert Song most capped African player of the year with over 100 CAPS for Cameroon

African Referee of the year is Jamel Alhamoni