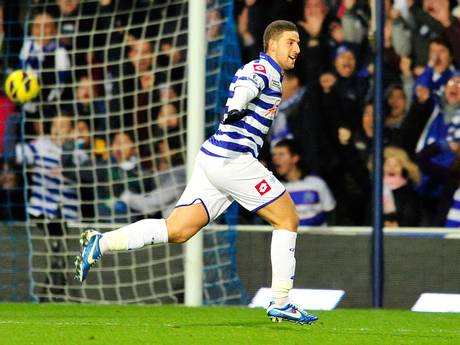 This is QPR’s first win in 17 Premier League matches.

Before the game, QPR had played 16 matches, losing 9 and drawing 7. They have now moved from the bottom of the Premier League table with 10 points from 17 matches, one point and one game more than Reading.

In other matches, Manchester United scored three goals at home to defeat Sunderland 3-1. Goals from Robin Van Persie, Tom Cleverly, and Wayne Rooney for the league leaders meant that they remain 6 points above their city rivals, Manchester City, in the league table. Frazier Campbell scored one for Sunderland.

Chelsea’s game against Southampton was postponed because of their FIFA Club World Cup participation. Chelsea will play Corinthians of Brazil on Sunday in the final of the competition.