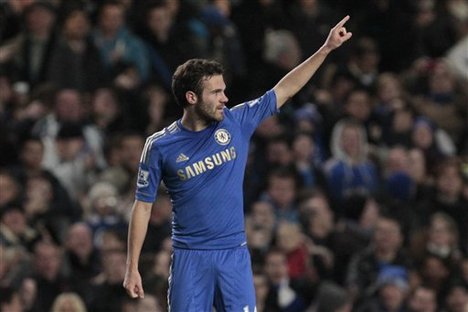 Chelsea FC of England will challenge Corinthians FC of Brazil at the final of the ongoing FIFA Club World Cup in Japan.

Chelsea, who qualified for their first FIFA club world cup as European Champions, defeated Monterrey of Mexico in the second semi-final match played on Thursday. The game ended 3–1 in favour of the English team.

Juan Mata put Rafael Benitez’s side ahead in the 17th minute, sweeping home from inside the area. A Fernando Torres‘s deflected goal just after the break made it 2-0 before Monterrey’s Darvin Chavez turned Mata’s cross into his own net soon after.

Aldo De Nigris curled in a consolation for Monterrey in stoppage time.

The two Nigerian internationals in Chelsea were on parade in Thursday’s match. While Mikel Obi played the full game, his Nigerian team mate, Victor Moses, was a late substitute for Torres.