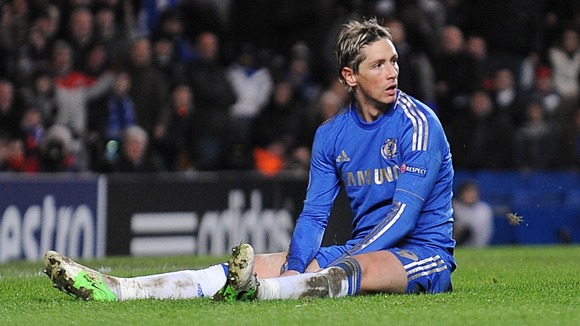 English Premier League side, Chelsea FC, on Wednesday became the first European Champion that failed to make it to the knockout stage of the UEFA Champions League despite recording a resounding 6-1 win in their last group game against Danish side, FC Nordsjaelland

Wednesday’s victory though insignificant was the first win for Chelsea interim manager, Rafa Benitez.Goals from David Luiz, Juan Mata, Oscar, and Tim Cahill, and two from Fernando Torres saw the Blues cruising to a big win.

Chelsea finished with 10 points in third place as Juventus got an away 1-0 win over Sharktar Donestk a result that made sure Chelsea failed to qualify.

Chelsea goalkeeper Pete Cech said after the match that Chelsea left it too late as the damage had already been done in earlier games. The defending European Champions will now play in the second tier Europa League.

The win means Celtic finishes in second place behind Barcelona who were forced to a goalless draw by Benfica.

At the Old Trafford, Manchester United with a second string side lost 0-1 to CF Cluj. Cluj victory was however inadequate as they drop to play the Europa League.

Galatasary’s away 2-1 win over Braga earned them a place amongst Europe’s top 16 teams.

In Germany, Bayern Munich were ruthless defeating Bate 4-1 while Valencia got a lone goal win over Lille in France