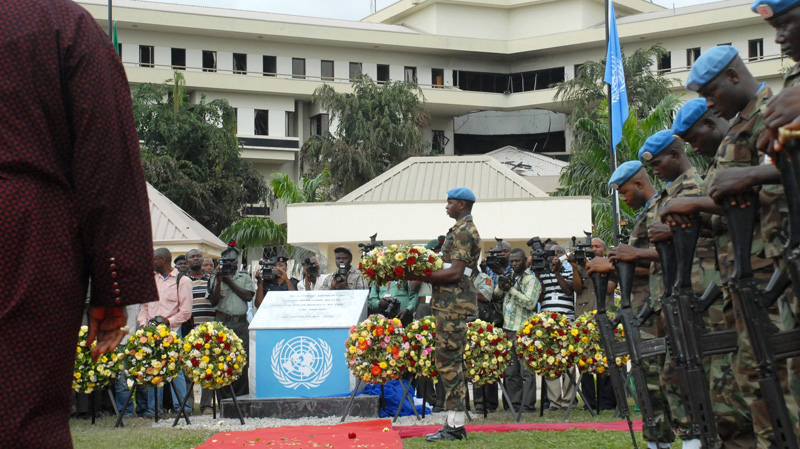 Remembrance of the victims of the terror attack on the United Nations office in Abuja, Nigeria.

The competition will hold in Abuja.

The second edition of the Federation of International Development Agencies Football (FIDAF) will take place between November 17 and 26 at El Amin School in Maitama, Abuja.

This year, the agencies are playing in honour of colleagues who were affected by the UN Building bomb blast in Abuja in 2011. The teams vying for the trophy and other consolation prices are divided into four groups.

Group A: USAID Markets, US Missions, IHVN, and British Council

Last year’s tournament was the maiden edition. The winner of the golden trophy was the EFCC team. FHI and ICAP emerged first and second runners-up respectively while USAID MARKETS II came Fourth. There were 14 teams in all.

FIDAF is an acronym for Federation of International Development Agencies Football. It is a non-profit oriented initiative intended to foster camaraderie amongst International Development Agencies (IDAs) and also to provide a forum for interaction both within themselves (the IDAs) and with their clients, prospective clients, and support organizations.

The tournament also provides a forum for participating organizations to showcase their objectives.