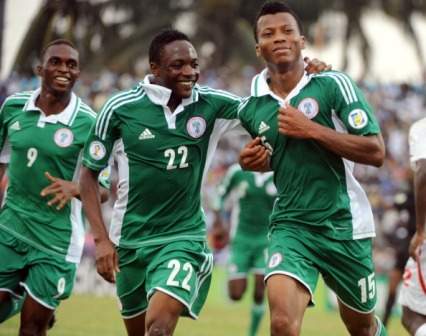 The Nigerian team have only two weeks to prepare intensively for the AFCON tournament.

Final preparations for the 2013 African Cup of Nations, AFCON, will begin on January 4, 2012, with the foreign based Super Eagles resuming camp just two weeks before the competition.

The Nigeria Football Federation, NFF, General Secretary, Musa Amadu told PREMIUM TIMES that since players who are mostly international stars will not be released by the management of the club until two weeks to the competition, full preparations cannot start until January 4.

“It’s a known fact that clubs would not release players for the AFCON until two weeks to the tournament,” Mr Amadu said “What this means is that coach Stephen Keshi has at least two weeks for intensive training. So, with that in mind the Eagles would begin final preparation on January 4,” Mr. Amadu said.

NFF technical committee chairman, Chris Green, who recently came back from South Africa where he inspected training sites and facilities ahead of next year’s Africa Cup of Nations, disclosed that the federation plans to first set up a training camp in Europe before the team move to South Africa.

“We are thinking of assembling the players in Faro, Portugal, before proceeding to South Africa for the team’s final phase of camping. The idea is to begin the camp in Faro with players from the home front, then have the foreign-based join up,” he said.

“We have put several factors into consideration one of which is weather.”