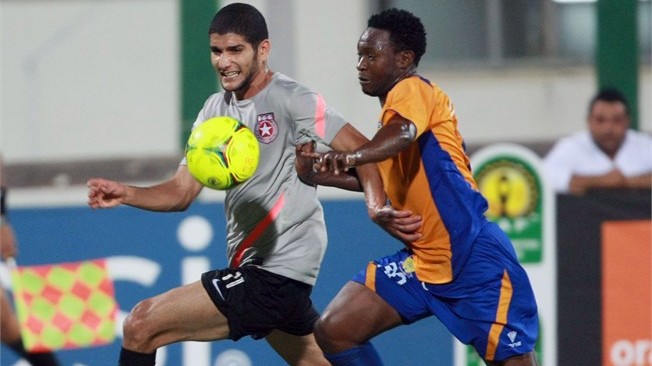 byTunde Eludini
Reading Time: 2 mins read
0
Nigeria’s representative in the CAF Champions League, Sunshine Stars FC of Akure, failed to make the best of their home advantage as they could only manage a 3-3 draw with Egyptian giants, Al Ahly, in a pulsating encounter, Saturday, at the Dipo Dina Stadium in Ijebu Ode, South West Nigeria.Mohamed Ismail opened scoring in the 15th minute for the six time champions as the Egyptian side were all out to confirm their superiority over the Akure Gunners. 15 minutes later, Mahdy Hamdy doubled the lead for the visitors as they went two goals ahead.

Sunshine rose to the occasion when defender Tamen Mendrano went past two defenders to put the ball above the reach of Sherif Ahmed, the Egyptian goalkeeper, who stretched but could not get his hand to the ball, to make score  2-1.

The home side made early changes with Izu Azuka making way for Olorundare Dele, and just a minute later, Ajani Ibrahim was introduced to replace Dayo Ojo; but the changes did not count in the first half as the score stood at 2-1.

Aware of their precarious situation Sunshine resumed the second half with the zeal to restore their hope.

Emmanuel Sunday made way for Abbey Sunday in the 67th minute as the Gbenga Ogunbote side continued the search for an equalizer.

Ahly made their first change with Mahdy Hamdy giving way for Dominique Da Sylva in the 69th minute.

It was all joy or the homes side as petite striker, Ajani Ibrahim, was brought down in the box, and a penalty was awarded to Sunshine in the 70th minute. Dele stepped up to calmly slot the ball into the net.

But just two minutes later, before Sunshine could get done with their celebration of the equaliser, Nagy Ismail scored his second of the night for the Egyptians, in the 76th minute to keep their lead.

Precious Osasco however gave the Nigerian fans something to savour when his well taken free kick levelled the score for the home side as the five minute added time was not enough to produce any goal to end proceedings at 3-3.

Saturday’s result puts the Nigerian campaigner in a tight corner as they will have to gun for victory in Cairo, a place many consider as an unfavourable hunting ground for points.