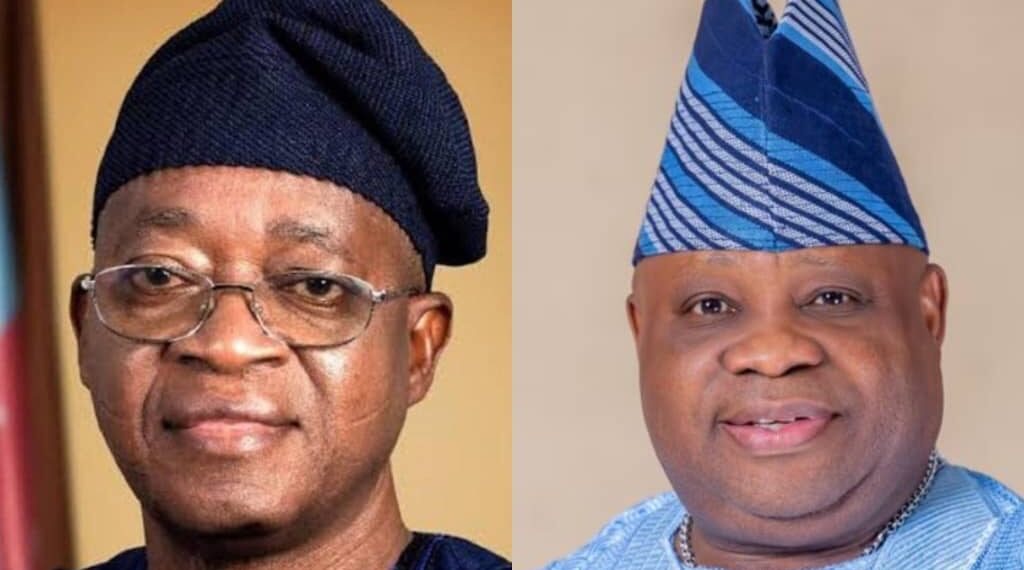 At its last sitting in Osogbo, the chairman of the tribunal, Tertsea Kume, said the panel would communicate the date for the judgement to the parties in the petition.

The Osun State Governorship Election Petition Tribunal will deliver judgement on Friday on the petition challenging the declaration of Governor Ademola Adeleke as the winner of the July 16 election.

At its last sitting in Osogbo, the chairman of the tribunal, Tertsea Kume, said the panel would communicate the date for the judgement to the parties in the petition.

The tribunal on Tuesday communicated the date by pasting the notice on the board at the entrance of the court where the tribunal was sitting.

The notice signed by the tribunal secretary indicated that the panel will deliver judgment on Friday at 9 a.m.

The three-member panel started hearing the election petition in August 2022.

The main arguments of the petitioners are that Mr Adeleke forged the academic credentials he presented for the election and that there was over-voting in 749 polling units.

For the following five months, the counsel of Mr Oyetola and the APC argued on the case of the petitioners while the counsel to Mr Adeleke, PDP and INEC defended their positions.

Witnesses of both parties were called and cross-examined, including officials of the INEC.

The Bimodal Voter Accreditation System (BVAS) machines used to conduct the election were also brought to the court for inspection.

At the last adjourned date, all the parties adopted their final written address.

The previous governorship election in 2018 was also disputed between the two candidates and was finally resolved in the favour of Mr Oyetola by the Supreme Court after the tribunal had voided his victory.