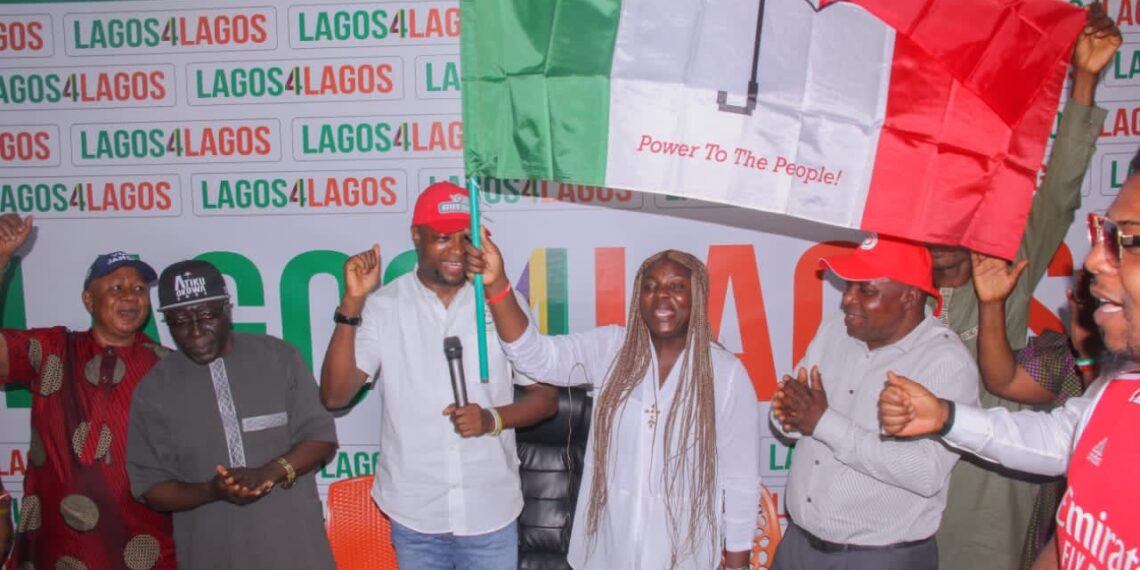 The SDP chairperson has been appointed as one of the spokesperson for the PDP campaign council.

Dabiraoluwa Adeyinka, the SDP chairperson, who led the defectors to the PDP, said the leadership qualities of the governorship candidate of the PDP, Abdulazeez ‘Jandor’ Adediran, and his running mate, Funke Akindele, attracted them to the PDP as the “only credible alternative to the inept ruling APC.”

Gbenga Ogunleye, the spokesperson for Mr Adediran, made this known in a statement on Monday.

Mr Adediran; the state governor, Babajide Sanwo-Olu; Gbadebo Rhode-Vivour of the Labour Party; and 15 others will contest the governorship seat on 25 February.

While receiving the delegation at his campaign office, Mr Adediran said the defectors had taken a wise decision at the right time.

Mr Adediran also announced the appointment of Ms Adeyinka as one of the spokespersons for his campaign council.

She joins other spokespersons earlier appointed by the governorship candidate.

The Lagos PDP chairperson, Philip Aivoji, presented the party’s flag to the group and assured them that they “will not experience any act of discrimination in the party when the PDP forms the government on May 29, 2023.”

“We want to assure you that once you join the PDP, you have become a bonafide member and you are entitled to all rights and privileges enjoyed by those you met in the party. You are free to participate in party activities at the units, wards, local governments, and the state,” he was quoted as saying.

Emefiele, CBN and our future, By Reuben Abati