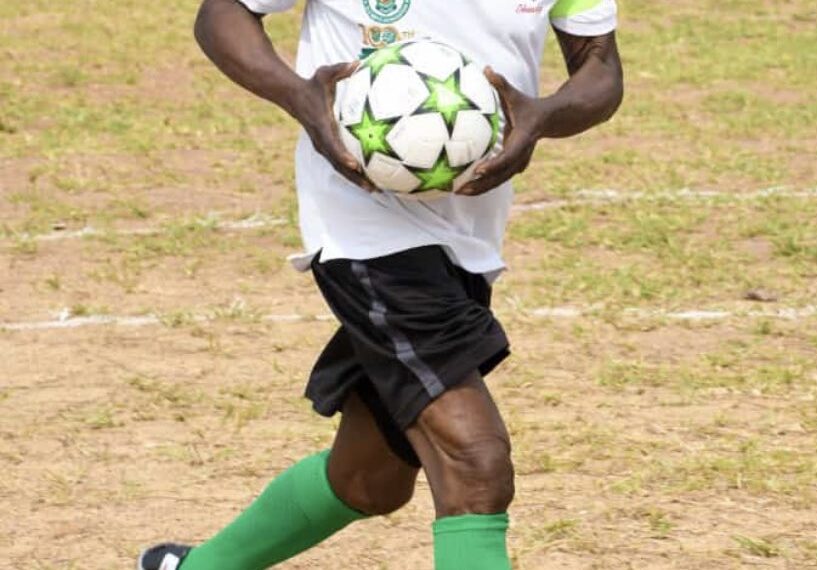 Former President Olusegun Obasanjo on Monday led the football team of Baptist Boys High School (BBHS), Abeokuta in a football novelty match play held as part of activities to mark the 100th year of the college.

In the novelty match which pitted old students of the college against former teachers of the school, the former president scored a hattrick to end it 3-0 in favour of his side.

Notable old students in the game include Bukola Olopade, a former Sports Commissioner in Ogun State; and Hakeem Akintunde, who is the Chairman of the Sports Writers Association of Nigeria (SWAN) in the state.