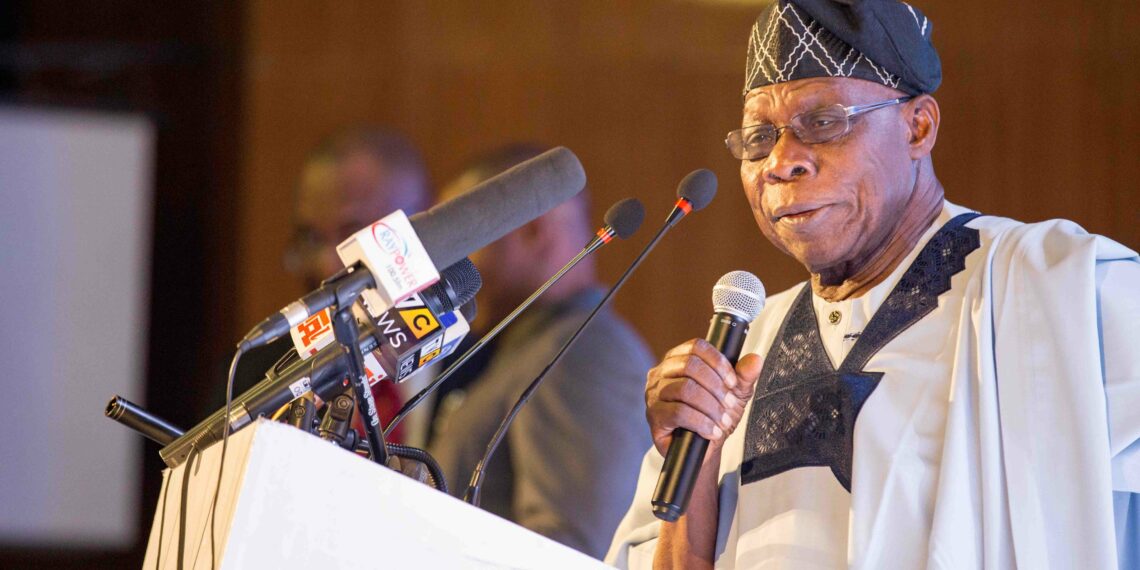 As the population of Nigeria continues to increase, former President, Olusegun Obasanjo has warned that the revenue from oil and gas exports alone can no longer feed the country.

Mr Obasanjo spoke on Sunday when the leaders of the apex socio-cultural group in Tiv land of Benue State, Mzough U Tiv (MUT), visited him at his Olusegun Obasanjo Presidential Library (OOPL) Penthouse residence in Abeokutain Ogun State.

The former president noted that only farming and agricultural related businesses could engage the growing population.

On Sunday, Mr Obasanjo, again, charged Nigerians to pay more attention to farming, “to save it and restore to what God has created it to be,” citing it is the alternative to the country’s dwindling oil and gas fortunes.

“If Nigeria is ready to get it right, the 2023 election should be a turning point. We should not go for emotion that will destroy us,” he said.

Speaking earlier, the President-General of the Tiv group, Orbee Ihagh, said the visit “is basically to interface with you as our former Head of State, a political pillar, a nationalist and elder statesman to appreciate the overwhelming love, passion and concern you have demonstrated over the Tiv people.

“With regards to the current power equation in the country, we in the Mzough U Tiv in conjunction with the Middle Belt Forum, had unanimously resolved for a power shift from the North to the South for fairness, justice and a true federalism.

“We want to call on Your Excellency and other well meaning Nigerians to strictly adhere to the principle of rotation and distributive justice. If this is enforced, the Middle Belt would also be assured of producing the next president come the year 2031,” Mr Ihagh said.