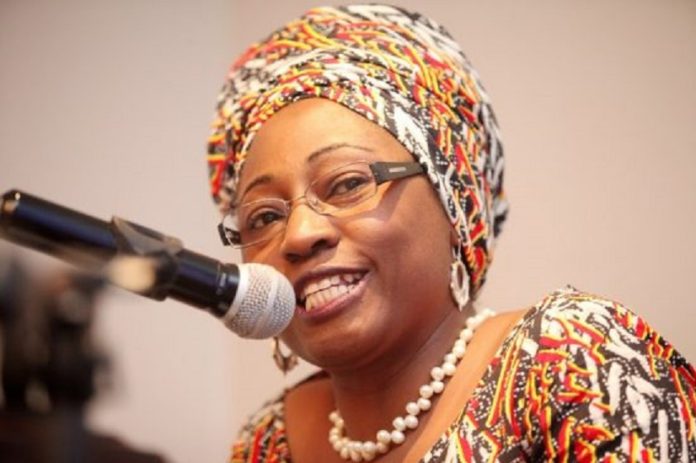 Wife of former governor of Ekiti State, Bisi Fayemi, has written a petition to the police accusing one Abimbola Olawumi of “cyber bullying, cyber stalking, criminal, incessant and unabated social media attacks” against her person.

Mrs Fayemi’s allegation is coming days after a student of the Federal University, Dutse, Aminu Adamu, was arrested for trolling the wife of the president, Aisha Buhari. Mr Adamu was on Tuesday remanded at the correctional centre.

Mrs Fayemi’s petition dated 14 November and addressed to the Commissioner of Police, Ekiti State, through her lawyer, Luke Ekene Mbam of Octodas Attorneys (Topmost Chambers), demanded a thorough investigation of Ms Abimbola’s “infractions, infringements and invasion of her privacy through nefarious, criminal, malicious and calculated posts capable of damaging her reputation.”

Mrs Fayemi, who is invoking the provisions of Cyber Crimes Act 2015, stressed that Ms Abimbola was spreading malicious falsehood against her. She said she was left with no option than to petition the police to clear her name and protect her image and reputation which she had built over the years.

Mrs Fayemi said Ms Abimbola’s unprovoked attacks through the social media, particularly her (Abimbola’s) Facebook account, are in clear violation of the provisions of Section 24 of Cybercrimes (Prohibition, Prevention, Etc) Act 2015, and attached copies of the culprit’s posts to the petition for Police investigation.

She also accused her of money laundering to the tune of N500 million in Dubai and stealing N710 million a few weeks after the inauguration of her husband as the Governor of Ekiti State in 2018.

“I have never had any personal dealings with this woman (Abimbola Olajumoke Olawumi). She has never been employed by my husband or myself and she is not a political associate of mine,” the wife of the former governor said in the petition.

“I have been told by several people that she should be ignored because she is mentally unstable. I have no medical qualifications to determine the mental state of anyone, this is why I have written a petition to the law enforcement officers.

“She has said many terrible things about my husband and I over the past four years. She has, however, decided to focus attention on me right now because of my connection with Mr Demola Obanise, the husband of my niece who is like a daughter to me.

“If Abimbola has facts at her disposal to back up all her allegations, she should not be afraid to present them to the relevant authorities. I have never written a petition against anyone in my life. I have never sued anyone. There is a first time for everything. After supporting my husband to serve Ekiti State for two terms, the least I can expect is peace of mind as a private citizen. She should come out of hiding and prove her dreadful allegations.”

Her lawyers in the petition, said Mrs Fayemi had informed them that as a result of the cyber assault, and several other malicious postings, she has been inundated with various calls from family and friends.

“Our Client further informed us that the said malicious post was read and viewed on her mobile phone and her laptop computer particularly,” the petition further read.

“That most of her friends in and around Ekiti and other states in Nigeria and even outside the country have had reason(s) to point her attention to this mindless posts of the culprit against her person.

“In the light of the above, we have Our Clients’ clear instruction to make a clarion call to the Commissioner of Police, Ekiti State Command to use his good office to bring this culprit to justice by investigating her infractions, infringements and invasion of our Client’s privacy and save her and the society at large from the Culprit nefarious, criminal, malicious and calculated mischievous posts.”

The Ekiti State Police Command was yet to comment on the development as of the time of this report.

Its spokesperson, Sunday Abutu, did not respond to calls and text messages seeking his comment on the matter.