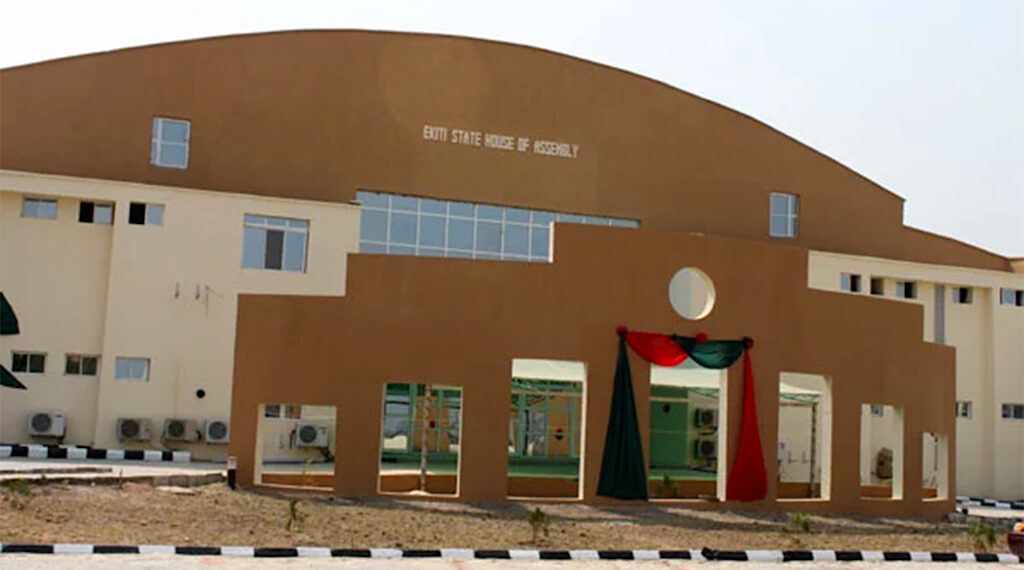 Adekemi Balogun was suspended along with six other lawmakers for her support for the ousted Speaker, Gboyega Aribisogan.

The Ekiti State House of Assembly has lifted the suspension of a lawmaker, Adekemi Balogun, after accepting her letter of apology.

Ms Balogun was suspended along with six other lawmakers for her support of the ousted Speaker, Gboyega Aribisogan.

Her readmittance has depleted the ranks of the supporters of the former Speaker, who is seeking his reinstatement through the courts.

Mr Aribisogan’s emergence as Speaker had raised dust within the All Progressives Congress (APC), with party leaders eventually ensuring his removal by 17 lawmakers.

Their preferred candidate, Olubunmi Adelugba, was later elected Speaker after the controversial impeachment of Mr Aribisogan.

The removal and suspension of Mr Aribisogan and his supporters was condemned by leading lawyers from the state such as Afe Babalola, Femi Falana, Wole Olanipekun and others.

Ms Balogun, whose suspension was lifted on Monday at the plenary, represents Ado constituency 2 in the house.

The new Chairman of the House Committee on Media and Publicity, Adeoye Aribasoye, announced the readmittance of the lawmaker.

“This action is consequent to the consideration of her letter of apology and the fulfilment of other conditions attached to reinstatement,” he said.

“Hon. Adekemi Balogun has therefore been readmitted to the house with all her rights and privileges restored.”

Ms Balogun is the younger sister of the late Deputy Governor of Ekiti State, Adunni Olayinka.

Mrs Adelugba had earlier noted that the suspension of the lawmakers was with a caveat: that they write to the House an apology letter seeking forgiveness for their actions against the house and the party.

She said those who comply with the conditions would be forgiven and readmitted to the House.