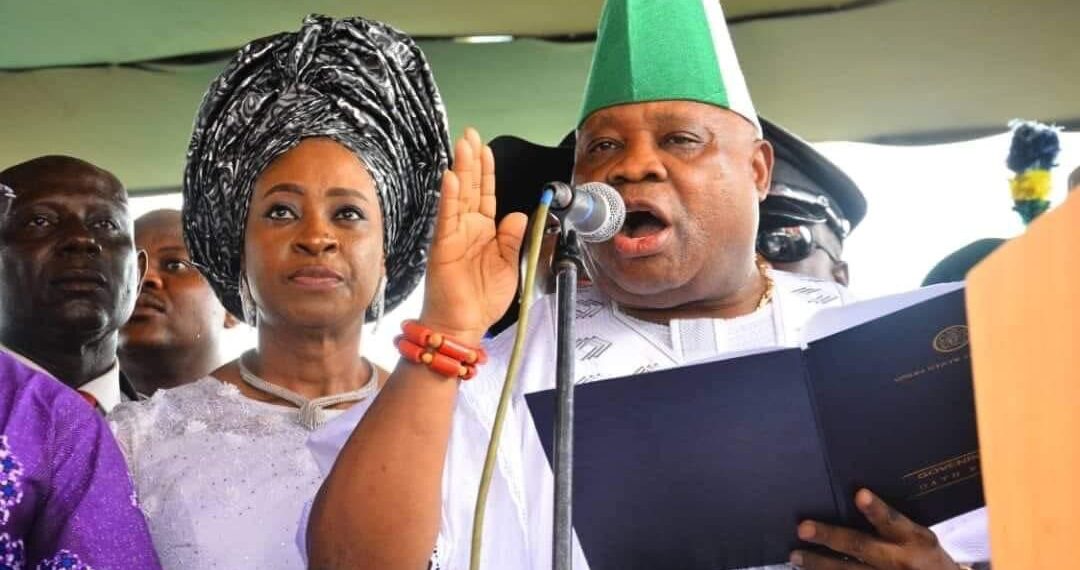 Governor Ademola Adeleke of Osun has announced three appointments few hours after he was sworn in.

Mr Adeleke, in a statement on Sunday in Osogbo, appointed a former chairman of Osogbo Local Government Council, Kassim Akinleye, as the Chief of Staff.

He also approved the appointment of Teslim Igbalaye as Secretary to the State Government while Olawale Rasheed is Chief Press Secretary.

The News Agency of Nigeria (NAN) reports that Mr Adeleke was sworn in as the sixth executive governor of Osun on Sunday.

The Chief Judge of the state, Adepele Ojo, administered the oath.