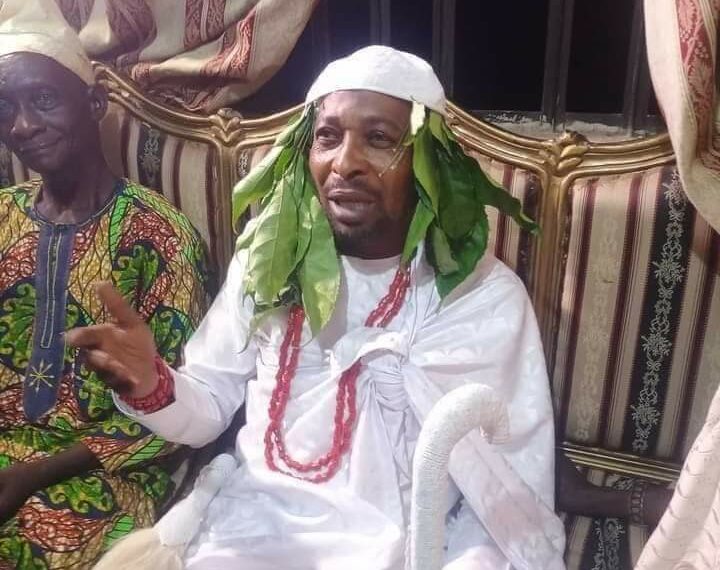 There had been tension in Ikirun since Yinusa Akadiri was installed as traditional ruler of the town.

A middle-aged man on Wednesday was reportedly shot dead at the front of the palace of Akirun of Ikirun in Osun State as a lingering dispute over the appointment of the traditional ruler turned bloody.

The deceased, identified as Luqman Omoola, was shot when some persons engaged security personnel at the entrance of the palace in an argument. It was not clear who fired the shot as of the time of this report

When the news of the incident broke, some persons stormed the palace and set a section of it on fire.

There had been tension in Ikirun since Yinusa Akadiri was installed as the new monarch of the town.

Premium Times had reported how some of his subjects chased the traditional ruler out of his palace, claiming he is not entitled to the throne.

The aggrieved indigenes locked the palace gate and tied charms across the gate.

Since the incident, the palace has remained closed.

A source within the palace who requested not to be named because of fear of attack told our reporter that the state government presented staff of office to the monarch last week at the government secretariat in Osogbo.

“He went to the government secretariat last week to get the staff of office in a silent ceremony,” the source said.

However, the crisis took a new twist on Wednesday when residents of the area sighted some persons in company of soldiers, police and Amotekun operatives attempting to open the palace gate.

This was reported to have sparked the anger of the residents who approached the security personnel before the situation turned violent.

A resident of the area who identified himself as Ajibola said “Some people came with police, Amotekun and soldiers, they were trying to open the palace gate,” he said.

“This was what prompted some of the people to come outside and challenge them but it later turned violent.”

Mr Adekunle said firefighters deployed to put off the fire were attacked by a mob.

“They attacked our men who went there to put off the fire. It was a kingship tussle, so there is nothing we can do about it,” the fire service spokesperson said.

Yemisi Opalola, the police spokesperson, could not be reached for her comment as she did not respond to calls and messages sent to her phone.