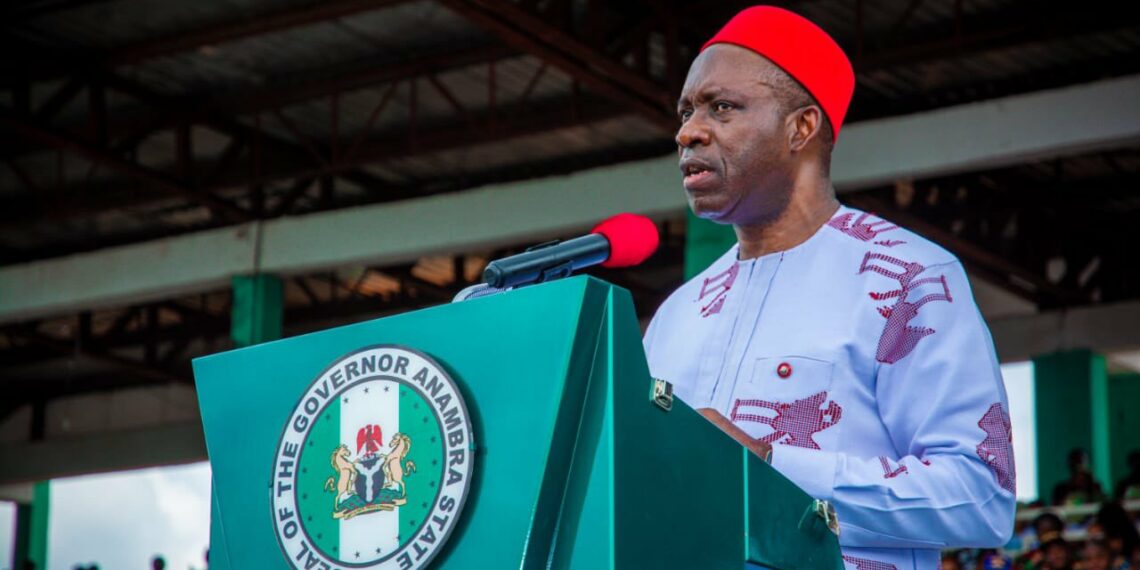 The Anambra governor appeared to have sympathy for PDP’s candidate, Mr Atiku. He is apparently hoping that the PDP could reward the region's support with an “Igbo ticket” in subsequent elections.

On Monday, Governor Charles Soludo of Anambra State, raised a dust in the political space when he issued a lengthy statement in response to verbal attacks by supporters of the Labour Party (LP) presidential candidate, Peter Obi.

Mr Obi, a former governor of Anambra State, is a major contender in the 2023 presidential election.

Days before the controversial diatribe against the LP candidate, Mr Soludo had, on Thursday, while appearing as a guest on Channels TV’s Politics Today, said the value of investments made by Mr Obi while he was the governor of the state was “worth next to nothing”.

Several people, believed to be supporters of the LP candidate, attacked Mr Soludo for the comments.

However, in the statement on Monday, the governor, apparently enraged by the attacks, said he stood by his words.

He criticised Mr Obi for rebuffing entreaties to return to All Progressives Grand Alliance (APGA) and pick up the party’s 2023 presidential ticket.

He subsequently predicted that the LP candidate would not win the 2023 election.

Mr Soludo accused Mr Obi’s supporters of “bullying everyone who expresses the slightest of dissent.”

The LP candidate has since responded to Mr Soludo’s attacks against him.

Apart from Mr Soludo’s prediction that Mr Obi will not win the election, here are other key takeaways from the diatribe:

Soludo, though sympathetic to Atiku, predicts victory for Tinubu

One key point in Mr Soludo’s statement was his prediction that the All Progressives Congress (APC) candidate, Bola Tinubu, would win the 2023 general election.

He was silent on the chances of Peter Umeadi, the candidate of his party, APGA, in the election.

Mr Soludo appeared to have sympathy for PDP’s candidate, Mr Atiku. He is apparently hoping that the PDP could reward the region’s support with an “Igbo ticket” in subsequent elections.

The governor is worried that Mr Obi’s popularity would not secure him victory but would only “waste” the South-east’s chance of taking a shot at the presidency.

He believes Mr Obi’s candidacy is distracting South-east from supporting PDP, and that it would cut away votes that could go to Mr Atiku, and, therefore, would pave the way for Mr Tinubu to win the election.

Although Mr Obi is not the only presidential candidate from the South-east, he has become the target of attacks lately from supporters and candidates of opposition political parties.

His reputation for frugality and prudent management of state resources appear to have attracted a horde of supporters for the former governor ahead of the 2023 presidential election.

Mr Obi’s opponents are disturbed that the LP candidate’s growing popularity could be a big threat to their victory in the 2023 polls.

He has, arguably, become the much talked about presidential candidate in Nigeria today.

Mr Soludo did not hide his frustration with Mr Obi’s refusal to return to the APGA to fly the party’s flag for the 2023 presidential election.

He said Mr Obi left APGA, despite swearing to the late Biafra warlord, Odumegwu Ojukwu, that he would not leave the party.

The governor claimed the LP candidate also told Igbos that APGA was the vehicle to actualise the Igbo dream of producing a president in Nigeria.

The big question here is, if Mr Obi were to be the 2023 presidential candidate of APGA, would he have had the political support of Governor Soludo?

Despite his veiled anger against Mr Obi, the governor still expressed his readiness to welcome the LP candidate into the APGA after the presidential elections, possibly as the only condition for him to forgive the “sins” of the LP candidate.

Mr Soludo also appears infuriated with the LP being referred as the party for the realisation of “the Igbo project”, since Mr Obi emerged as its candidate.

APGA has long carried the tag as “Igbo party” since the days of Mr Ojukwu who was the presidential candidate of the party in 2003 and 2007.

The governor described as “ridiculous” the suggestion by some Igbos that APGA’s candidate should “step down” for Mr Obi as the “Igbo candidate”.

Mr Soludo said it is impossible for an Igbo to become Nigeria’s president until the South-east negotiates with other regions.

The governor is of the opinion that given that politics is a “game of numbers”, the best strategy would be to build alliances with other regions and political parties.

For him, the apex Igbo socio-cultural organisation, Ohanaeze Ndigbo and other Igbo leaders should “pre-emptively start charting a pragmatic future for Ndigbo in Nigeria after the elections.”

Another important takeaway from the diatribe is that, like a horde of bees, Mr Obi’s army of supporters appears unrelenting in calling out those who criticise the LP candidate.

Several Nigerians have complained about the “intolerant attitude” of Mr Obi’s supporters.

Mr Soludo said his statement followed the attacks from Mr Obi supporters, after he said the investments made by Mr Obi as governor of Anambra was “worth next to nothing”.

Mr Obi has repeatedly cautioned his supporters to not attack his opponents, but the attacks have persisted.

Igbo quest for presidency is without strategy

Mr Soludo expressed his worry that “Ndigbo as Nigeria’s foremost itinerant tribe and with the greatest stake in the Nigerian project does not yet have a strategy to engage Nigeria politically”.

He believes that the frequent clamour for Igbo presidency fizzles away due to lack of strategy and organisation on the part of Ndigbo.

The governor stressed that while Ndigbo continue to fight themselves over who gets the region’s nod for presidency, other regions work daily, strategising and organising themselves to take over the country’s leadership.

Having ruled out the possibility of Mr Obi’s victory at the poll, Mr Soludo called on Igbo leaders to approach two other presidential candidates who are “likely to win the presidency” in 2023 in order to bargain for the future of the region.

Although he did not mention the candidates, observers say the governor must have been referring to the PDP candidate, Mr Atiku, and his APC counterpart, Mr Tinubu – who are two other major contenders in the election.

Beyond tackling insecurity, ensuring restructuring and participation of the region in the economy and governance of the country, another key issue to be bargained with the candidates, according to Mr Soludo, is the release of Nnamdi Kanu, leader of the outlawed Indigenous People of Biafra (IPOB).

His call for the bargain of Mr Kanu’s release with the presidential candidates indicates his lack of confidence that the IPOB leader would be released under the current administration of Muhammadu Buhari.