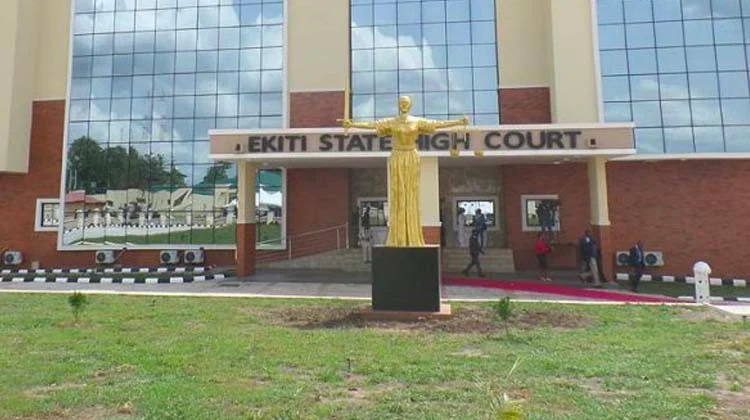 The survivor said she was going to check on her friend at the Ojumose area of Ado Ekiti at night but the Okada rider took her to an "unknown place."

Mr Odebo, 40, was arraigned before Bamidele Omotoso on a one-count charge of defilement on 22 November 2021.

Delivering his judgement, Mr Omotoso said the offence of rape is rampant in society.

“Giving the convict an option of a fine would defeat and frustrate the efforts of well-meaning people and stakeholders to curtail this menace in our society.
“Nevertheless, the court would temper justice with mercy since the convict is a first offender and the breadwinner of his family as pleaded by his lawyer.

‘‘I hereby sentence the convict, Ajibola Odebo, to a term of imprisonment of ten (10) years without the option of a fine.

The offence, the prosecution said, contravenes the provisions of Section 31(2) of the Child’s Right Law, Cap.C7, Laws of Ekiti, 2012.

To prove his case, the prosecutor, Kunle-Shina Adeyemo, called five witnesses and tendered the defendant’s statement and medical report as exhibits.

The convict spoke in his own defence through his counsel, E.K. Adetifa. He said he was paid to take the survivor to her house at Housing Estate but she begged him not to take her home.

”I took her to my brother’s house.

“When I tried to have sex with her on the second day, I discovered she was still a virgin and I let her go,” he said.

In her statement to the police, the survivor said she went to check on her friend in the Ojumose area of Ado Ekiti at night.

”I stopped an okada man and paid him N200 to take me to our house at Housing Estate but instead, he diverted and took me to an unknown place.

“I later found myself in a room with him where I later got to know to be Okutagbokutalori.

”He lied to his neighbours when they asked who I was. He raped me,” she said.