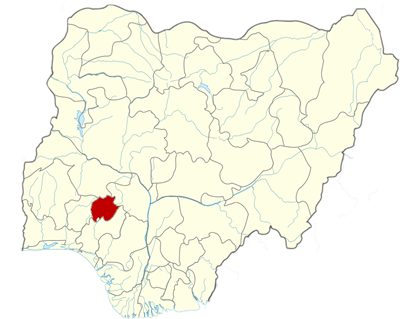 The farmers wielded sticks and iron bars and set up bonfires on the road to make it impassable.

Angry Ekiti farmers barricaded the Ado-Ekiti-Ikare Highway on Thursday to protest the government’s alleged failure to compensate them for the destruction of their farm produce while executing its airport project.

They blocked the highway at Ago Aduloju community where the road leads to the cargo airport site as early as 6 a:m.

The farmers wielded sticks and iron bars and set up bonfires on the road to make it impassable.

They chanted war songs and accused the state government of short-changing them and also depriving them of their rights and entitlements.

The News Agency of Nigeria (NAN) reports that trucks conveying workers to the site were stopped at the Ago Aduloju end of the road and denied passage.

Some of the workers who tried to walk down to the site were also stopped as the situation resulted in traffic gridlock in the area.

A Chinese expatriate worker who arrived in the company of some soldiers guarding the airport tried in vain to calm the farmers but his efforts proved abortive.

Responding on behalf of the government, Commissioner for Information, Akin Omole, assured that the appropriate authorities would address the farmers’ grievances.