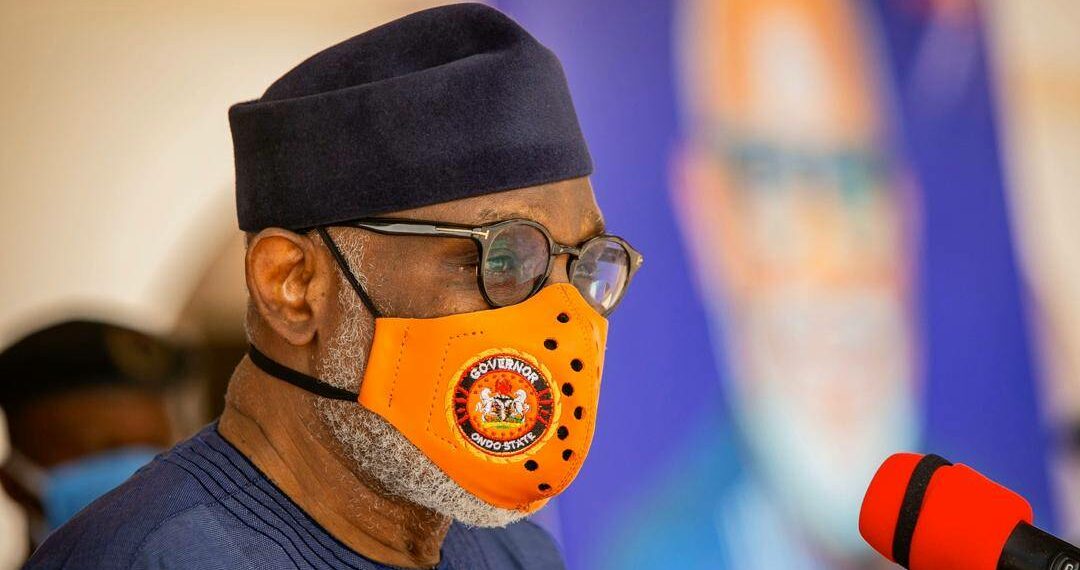 The Ondo State chapter of the Peoples Democratic Party (PDP) has accused Governor Rotimi Akeredolu of using the police to disrupt the rally of the party at the Government Field, Ore, on Monday.

The rally, which was part of the activities to mobilise members of the party for the 2023 general elections, was also to receive Yetunde Adeyanju, a former commissioner under the current administration, into the PDP.

A statement by the party’s Publicity Secretary, Kennedy Peretei, said as preparations were in top gear for the event, the Area Commander arrived to disperse leaders and party supporters “as directed from above.”

“There is no doubt, Akeredolu is jittery that his party, APC, having performed very woefully will be disgraced at the 2023 general elections,” the statement said.

“This level of high handedness and abuse of public office will not save Akeredolu and his party from failure.

“Mrs Yetunde Adeyanju, the immediate past Commissioner of Water Resources, resigned from Akeredolu’s government two months ago. The Governor cannot stand his former Commissioner joining the PDP just 48 hours before the commencement of campaigns.

“Our party advises Mr. Governor not to allow his fears about failure becloud his reasoning, as this will consume him. Government Field, Ore does not belong to him but the people of Ondo State.”

But the governor’s Chief Press Secretary, Richard Olatunde, described the allegation as a “fruitless attempt to blackmail Ondo State governor,” as well as “a missed goal.”

He said the allegation that Mr Akeredolu ordered that the Ore Government Field be made unavailable for the party’s reception rally had further exposed the PDP as an unorganised party with no knowledge of the structures of government.

“It is important to educate the drowning PDP that the approval for the use of such venue doesn’t reside with the governor,” Mr Olatunde said.

“The venue in question is not under the control of the State Government. The field is under the administration of the Local Government Council.

“Meanwhile, reports from the Local Government Chairman revealed that the PDP didn’t inform the council of their intention to use the venue today.

“It is most illogical for the PDP to raise false alarm even when it is aware that it has failed to follow due process on the use of the venue.

“This failed blackmail is another calculated attempt by the PDP to seek undue attention. Governor Akeredolu is busy with the business of government and will not be distracted by the attention seeking gimmick of the PDP.”

However, the party later held the rally at its secretariat in Ore, in Odigbo Local Government Area, where Mrs Adeyanju, along with other supporters decamped to the PDP.

She said she was the leader of women groups for Mr Akeredolu’s Campaign in 2016 and 2020, noting that she could no longer pretend that all was well with the APC.

“The APC has brought so much suffering to the people that, anybody with sympathy for people must exit the party,” Mrs Adeyanju said.

She was received into the PDP by the State Chairman of the party, Fatai Adams, and the governorship candidate of the PDP in Ogun State, Ladi Adebutu. Also at the rally were the deputy governorship-elect of Osun State, Kola Adewusi, and Eddy Olafeso.