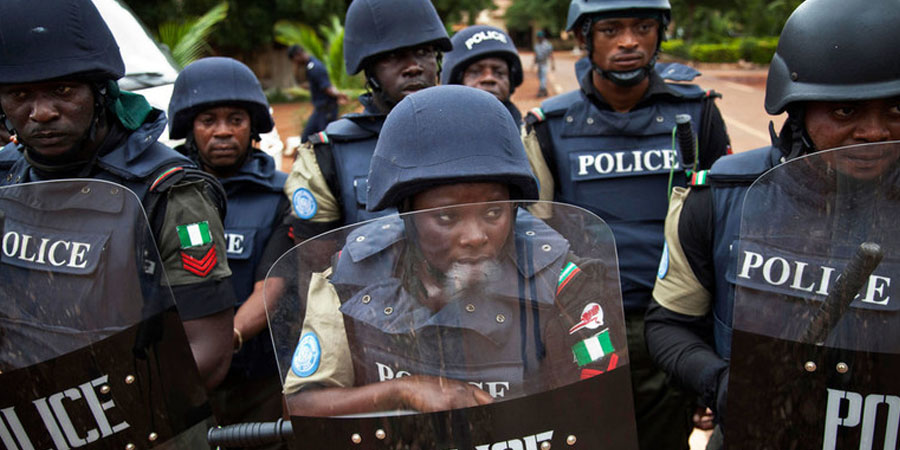 There was a heavy presence of security personnel at the premises of the Osun State High Court, Osogbo, when the election petition tribunal began sitting on Monday.

Governor Gboyega Oyetola, who is challenging the victory of the Peoples Democratic Party’s Ademola Adeleke, had requested to relocate the tribunal sitting to Abuja because of security reasons.

But the president of the Appeal Court rejected the request on the ground that security agencies had assured of adequate security at the tribunal.

When the sitting began on Monday morning, armed officers of the State Security Service and the police manned the court’s gate.

Some of the security officers were also stationed at strategic places within the court’s premises, stopping, questioning, and searching visitors and vehicles coming inside the court.

Mr Adeleke won the 16th July governorship election in the state, polling 403,371 votes to defeat his main challenger, the APC’s Governor Oyetola who got 375,027 votes.

The pre-hearing session that was expected to begin Monday on the petition challenging the victory of Mr Adeleke for the Osun State Governorship election was adjourned to 4th October.

Tertsea Kume, the chairperson of the tribunal, adjourned after arguments by counsels of the PDP and the Independent National Electoral Commission over the pre-trial form served on them by the tribunal.

The tribunal on Friday claimed to have sent trial forms to all the parties involved in the suit but counsels of the PDP and INEC argued they did not receive the forms until Monday.

Kayode Olatoke (SAN), the counsel of the APC, however, said he received the pre-trial form on Friday.

Mr Olatoke, having filled the form, requested that the matter be stood down for a few hours for the respondents to also respond to the tribunal pre-hearing form.

Ben Ananaba (SAN), the counsel of the INEC, objected that the pre-hearing should not be stood down because he was served the form on Monday.

Mr Ananaba argued that the Constitution gives the electoral body the permission to respond to the form within seven days after receiving it.

Nathaniel Oke (SAN), counsel to the PDP, also requested the tribunal to grant them seven days to respond to the form.