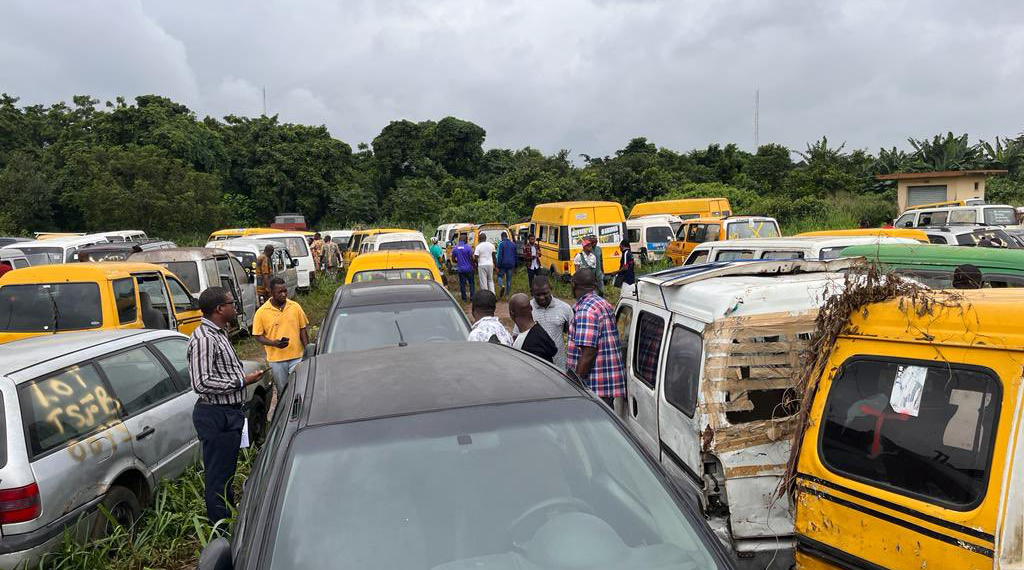 Gbadeyan Abdulraheem, the Taskforce spokesperson, said in a statement on Thursday that the enforcement team in collaboration with the Lagos State Ministry of Justice “auctioned 134 forfeited and abandoned vehicles at the Taskforce compound in Alausa, Ikeja.”

Mr Abdulraheem said the vehicles were seized for various traffic offences ranging from driving on one-way to willful obstruction of traffic flow across various parts of the state.

The exercise, he said, was witnessed by members of the public.

The Taskforce chairperson, Shola Jejeloye, said that he does not determine the fate of seized vehicles.

“My role as a police officer is to carry out enforcement exercises, one of which is confiscation of vehicles for traffic offences, and handing them over to the mobile court for judgement. I don’t determine the fate or outcome of any vehicle brought before the magistrate in court,” Mr Jejeloye was quoted as saying.

“Some of the cars being auctioned here were confiscated for obstruction of traffic which only attracts a fine but some people never showed up to claim these cars that’s why they have been forfeited to the State Government after the stipulated period and then auctioned.”

Mr Jejeloye urged members of the public to desist from committing crime or traffic offences “as no one would be spared if found wanting.”

He warned that this exercise would serve as a deterrent to other road users who flout traffic law, adding that they would be made to face the consequences.

At the event, the Lagos State Special Offenses Mobile Court, coordinator, Arinola Ogbara-Banjoko, described the exercise as “seamless and well organised.” He said that all the vehicles on display had gone through due process of the court of law before being forfeited to the state government for varying offences.