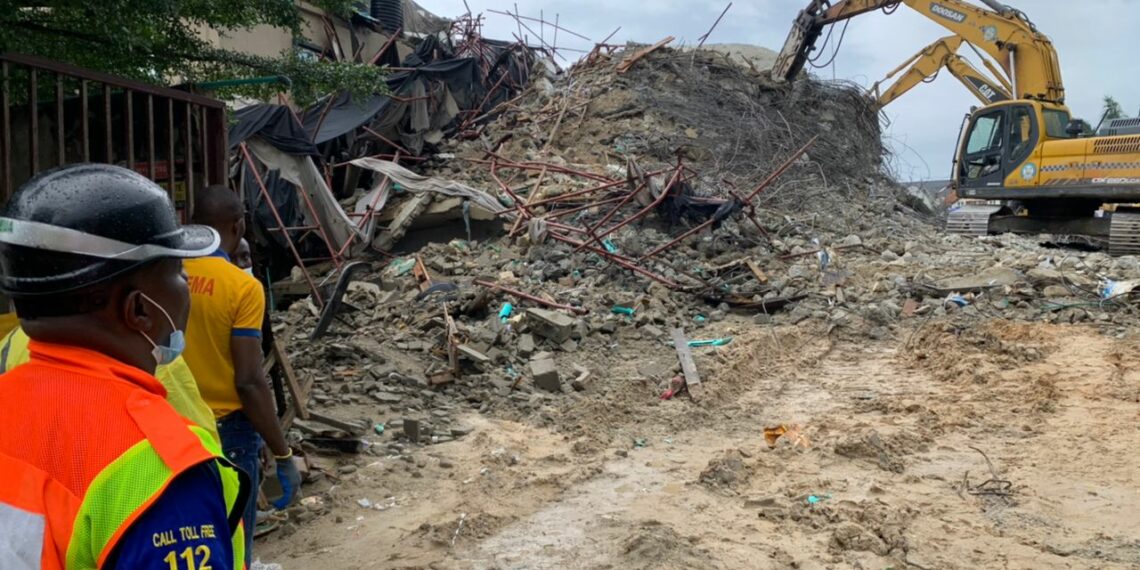 Emergency responders at the scene of the building collapse in VI, Lagos

The opposition candidate said that the governor has failed to secure the lives of its residents.

The governorship candidate of the Peoples Democratic Party (PDP) in Lagos, Olajide ‘Jandor’ Adediran, has called for the resignation of the state governor, Babajide Sanwo-Olu, following “incessant building collapse” in the state.

Mr Adediran in a statement signed by his media aide, Gbenga Ogunleye, on Wednesday said the increase in “avoidable deaths” due to building collapse in the “Centre of Excellence is quite worrisome, saddening and disheartening.”

The authorities said the developer did not have the required approval and had refused to yield to the “stop work order” issued several times.

The government also ordered the arrest of the developer and the construction professionals but three days later, Benjamin Hundeyin, the police spokesperson in the state told PREMIUM TIMES that nobody has been arrested yet.

Barely 24 hours after the building collapsed, Idris Salako, the Commissioner for Physical Planning and Urban Development, announced his resignation. It is unclear if the two events are related.

“The admittance of the government that the building had no relevant building approvals indicated yet again, the cluelessness of a Governor who never prepared to govern, but brought by a godfather who has always been compensating his lieutenants with governance of Lagos,” he said.

“Governor Babajide Sanwo Olu has failed (the) entire Lagosians, not only the victims of this current incident and the over 100 people who died in about 47 cases of building collapse between 2019 to date in the state.

“The Governor’s failure to ensure due diligence on the governance process by engagement of competent personnel established his culpability.”

Mr Adediran condemned Mr Sanwo-Olu for flying to the United States “to present an award while the blood of the victims was still warm.”

He added that it shows that he is “insensitive and has no regard for human lives.”

The governor was a special guest at the 15th Headies award held on Sunday in Atlanta, US.

Buildings have continued to collapse in Lagos despite the government’s efforts to end the incidents.

August also recorded another building collapse leading to the death of two children.