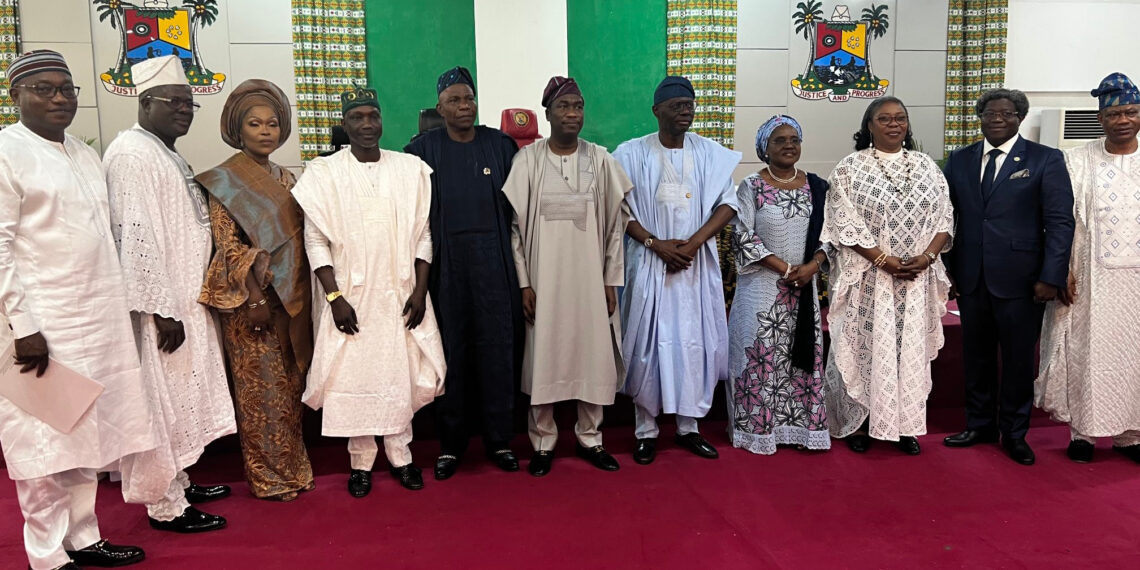 The governor said the new special advisers would replace those who voluntarily left the executive council in recent months to pursue their political ambitions.

Speaking at the ceremony at Lagos House, Ikeja, Mr Sanwo-Olu said the new special advisers would replace those who voluntarily left the executive council in recent months to pursue their political ambitions.

He said the state government regards seamless continuity as very important to deliver on its electoral promises and agenda.

Mr Sanwo-Olu added that there was a need to fill the spaces created by the executive members that left.

The governor thanked the outgone members for their loyal and dedicated service while they were in the state’s executive council.

According to him, three of the seven persons being sworn in are returning members who have been reappointed, while four others are newcomers to the State Executive Council.

“I heartily welcome you to our very vibrant, energetic and diverse team. Indeed, the Lagos State Cabinet is one of the most diverse anywhere in the country.

”You are among a small and privileged class of people whose ideas and decisions will go a very long way toward impacting the lives of millions of Lagosians, on a daily basis.

”Your appointment is a testament to your capacity, your accomplishments and your track record of hard work, commitment, dedication and professionalism in your private and public endeavours.

”The role, as you might have imagined, is a demanding one, requiring intense levels of hard work and dedication,” he said.

He said that the appointees would be expected to hit the ground running, especially considering that his administration was in the final year of its first term in office.

”You must quickly familiarise yourself with our grand vision and governing agenda, and with the specific roles and contexts of your assigned portfolios,” he said.

Mr Sanwo-Olu said that in the last lap of the administration’s first four-year mandate, it would consolidate on the work done since 2019, in the T.H.E.M.E.S. coverage areas.

He said that their appointment must not be seen as an opportunity for self-service, adding that they ought to imbibe the culture of transparency, accountability, fairness and value for money while discharging the responsibilities assigned to them.

Mr Sanwo-Olu charged them to show commitment, diligence and exemplary leadership, as the necessary virtues needed to achieve the greatness desired for the state.

Responding on behalf of the appointees, the SA to the Governor on Housing, Mrs Benson-Awoyinka, thanked the governor for deeming them worthy to serve in the cabinet.

Mrs Benson-Awoyinka promised that they would give their best toward achieving the Greater Lagos agenda.