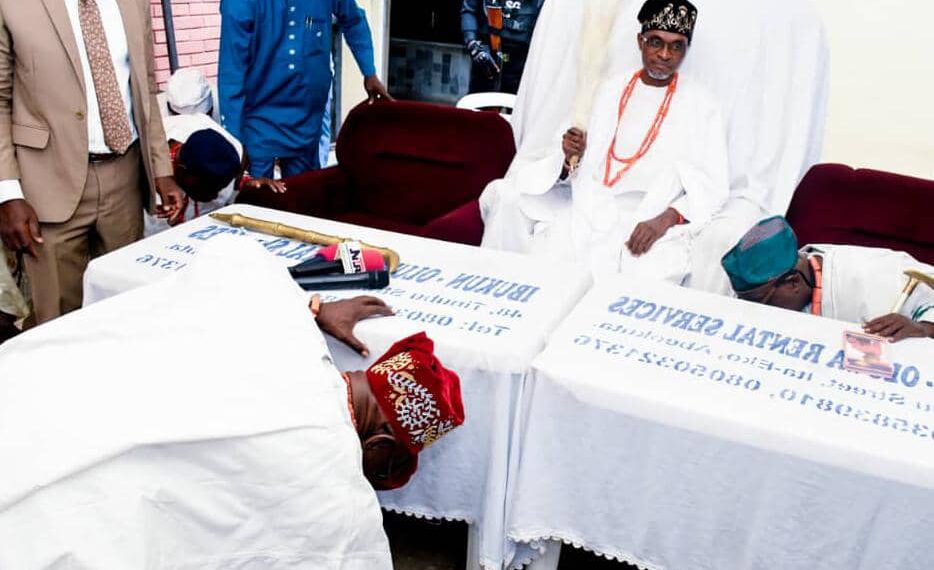 Obasanjo prostrates as Olowu of Owu-designate begins journey to throne

The last Olowu of Owu died in December last year, after a brief illness. He was 80.

The Owu indigenes and kingmakers in Ogun State on Monday received the Olowu-elect of Owu, Saka Matemilola, as the associate professor began his journey to the throne of his forefathers.

Former president Olusegun Obasanjo, the Balogun of Owu, received the Olowu-designate at his Ita-Eko private residence alongside notable chiefs of the ancient town in Abeokuta North Local Government Area.

Mr Obasanjo, a culture enthusiast, prostrated to welcome the incoming traditional ruler, just as the indigenes and residents of the community celebrated the historic reception of the intending monarch.

Before his selection as the Olowu-designate, Mr Matemilola was a petroleum engineer and an associate professor at African University of Science and Technology.

The last Olowu of Owu, Adegboyega Dosunmu, died in December last year, after a brief illness. He was 80.

The Olowu-designate was later led to the palace of Alake and Paramount Ruler of Egbaland, Adedotun Gbadebo, to pay courtesy visit, and thereafter taken to Oke-Ago Owu to begin his seclusion as part of the process for his coronation.

The state government is expected to announce the date of his coronation.

Mr Obasanjo, in his remarks, assured the new traditional ruler of the cooperation of the people of Owu in ensuring a peaceful and remarkable reign.

“I want to assure you (Matemilola) of my unalloyed support and the support of the entire sons and daughters of Owu kingdom in your journey as the new Olowu of Owu Kingdom,” Mr Obasanjo said.

The former president urged chiefs and other Owu indigenes, as well as residents, not to disturb the new traditional ruler during his seclusion period.

The Balogun of Owu thanked the Ogun State government for approving Mr Metemilola’s selection as the successor of the late Oba Adegboyega Dosumu, who joined his ancestors last December.

He also thanked the kingmakers for completing their assignments in no distant time in filling the vacant seat of the Owu stool.

“In our history, this is the first time a new king will be filling a vacant seat within a short period,” he said. 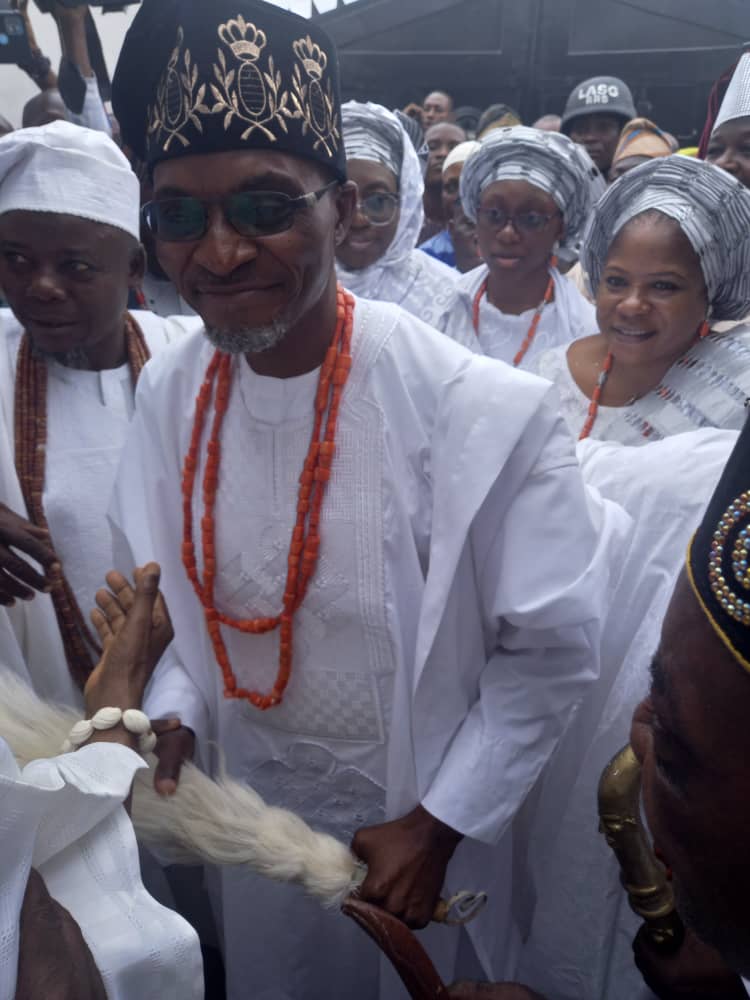 “We have to preserve our culture. Culture is the totality of our existence, and we must not allow it to go into extinction.We (kingmakers) did what we are supposed to do. The state government approved his appointment’,he stated.

Mr Adegbenro, while speaking at the ceremony, expressed joy in the emergence and presentation of Mr Matemilola as the next of Olowu of Owu Kingdom, expressing optimism that his reign will further uplift the community to greater height.