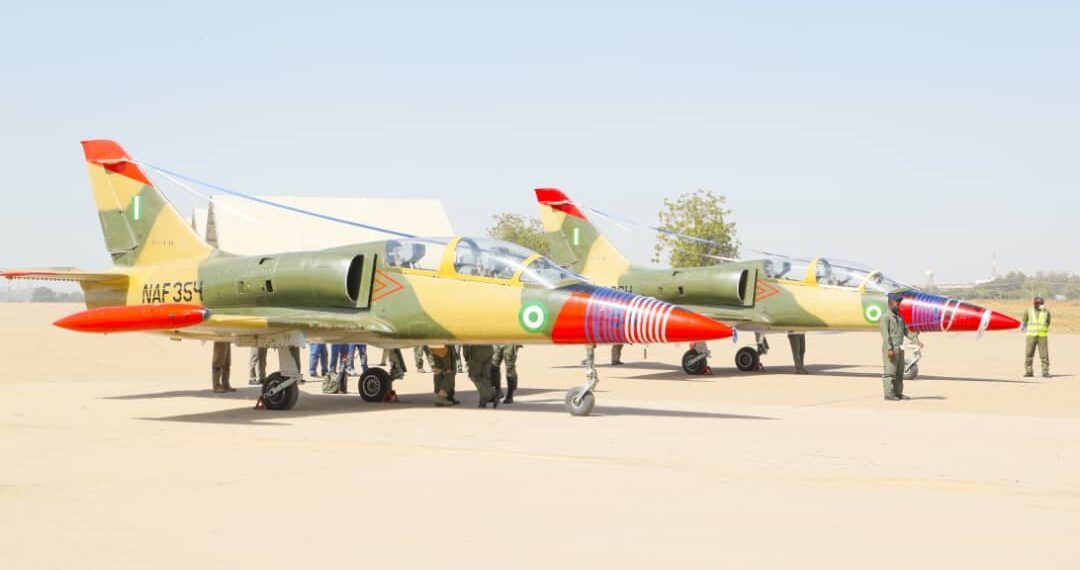 The Air Force, as part of the agreement reached with the state government to take over the state airport site, had already moved its Research and Development Centre from Kaduna to Osogbo.

The Nigerian Air Force (NAF) says it will establish an aircraft manufacturing plant in Osogbo, Osun State, just as it takes over construction of the state airport runway in Ido-Osun.

Oladayo Amao, the Chief of Air Staff, made this known in Osogbo at the official handing over of the proposed state airport Runway and Airport Corridor to the Nigerian Air Force by the Osun Government.

Mr Amao, represented at the event by M.O Onilede, said the Air Force, as part of the agreement reached with the state government to take over the state airport site, had already moved its Research and Development Centre from Kaduna to Osogbo.

He said NAF would also develop an “Aviation City” in Osun, adding that discussions were already ongoing with necessary foreign partners and that work would commence as soon as the agreement was reached.

Mr Amao, an Air Marshal, said the Aviation City would be the first of its kind in the continent of Africa.

“The project in the state would also include an aircraft manufacturing plant, a maintenance repair organisation, and an unmanned aerial vehicle production centre, among many others,” he said.

Mr Amao said that Air Force would develop the runway and terminal building of the Osun Airport site as it remains “a critical facility for the Air Force projects and to also aid commercial flights”.

According to him, the runway is a critical requirement for these facilities.

“If we manufacture aircraft, there will be a need to test fly the aircraft,” he said.

“Instead of people going to Akure, Ibadan, or Lagos to take a flight, once that airport runway is ready, it would be available for civil flight operations,” he said.

In his remarks, Governor Gboyega Oyetola thanked the NAF for bringing the projects to the state, adding that the airstrip at the Ido-Osun airport site was built in 1936 and used by the then African Volunteer Force during World War II.

“The airport approval was given based on similar financial and technical assistance extended to some state governments at the time.

“But, while these states today have their airports, ours remain stillbirth until this administration took the bull by the horns.

“Our untiring efforts to ensure we keep the dream of having an airport in Osun alive birthed today’s occasion,” he said.

The governor said the handing over of the airport project to the Nigerian Air Force marked the beginning of a mutually-beneficial relationship with the NAF, thanking the force for its sustained support for the state.

He said the state government was able to provide the Air Force with the 100 hectares of land needed for its barracks and the aviation city projects.

Mr Oyetola said the state government got 60 hectares at Ido-Osun, while additional 50 hectares were acquired from the military land along the Osogbo-Kelebe axis of Osogbo.