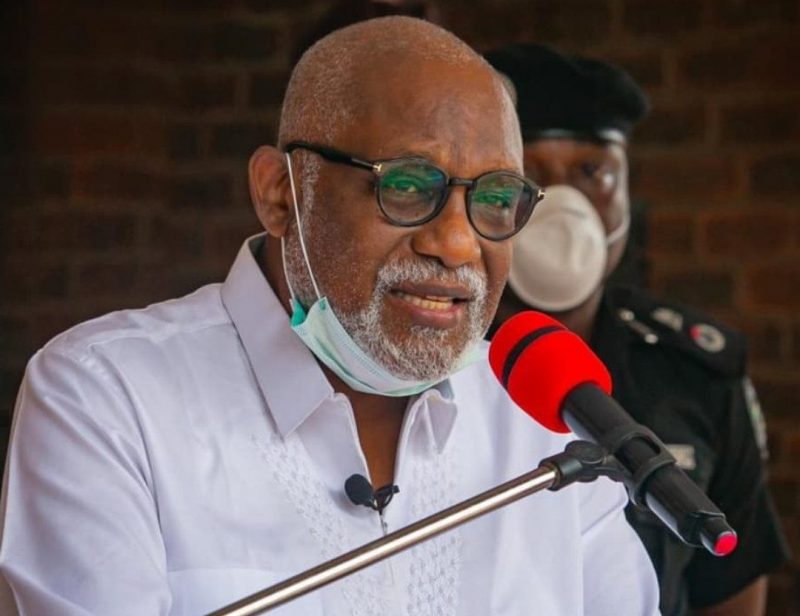 “My decision is predicated on a personal conviction to explore other endeavours outside politics for now."

The Ondo State Commissioner for Physical Planning and Urban Development, Yetunde Adeyanju, has resigned her appointment after a minor cabinet reshuffle by Governor Oluwarotimi Akeredolu.

Mrs Adeyanju, who was on Wednesday redeployed from the Ministry of Water and Sanitation to the Ministry of Physical Planning and Urban Development, tendered her resignation letter shortly after Mr Akeredolu announced the reshuffle of his cabinet.

The News Agency of Nigeria (NAN) reports that Mr Akeredolu on Wednesday announced a minor cabinet reshuffle, where the former Commissioner for Regional Integration and Diaspora, Bamidele Ademola-Olateju, was redeployed to the Ministry of Information and Orientation.

Mrs Adeyanju, in a copy of the letter tagged “Resignation of Appointment” made available to journalists hours after the cabinet reshuffle, appreciated the governor for the opportunity to serve the people of Ondo state.

The letter directed to Governor Akeredolu reads, “I hereby resign my appointment as a Commissioner in Ondo State with immediate effect.

“My decision is predicated on a personal conviction to explore other endeavours outside politics for now.

“However, I am grateful to you for the golden opportunity given to me to contribute to the growth of our dear state, especially with the Kamomi Aketi Rural Water Supply.

“You gave me the platform and I am proud that I used it well for the good of humanity. Kamomi AKETI water scheme remains the joy of thousands of rural dwellers today.

“Once again, I thank you for the opportunity to serve. Best wishes, Adeyanju Yetunde (Mrs),” she said in the letter.