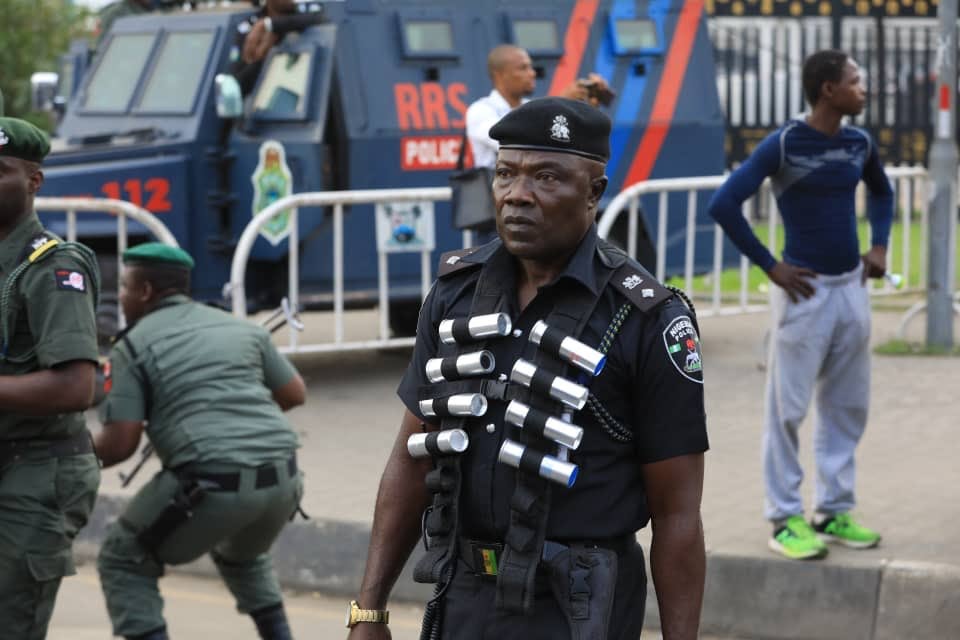 A Nigerian police officer used to illustrate the story

Police kill two persons for driving against traffic in Ogun

The police in Ogun on Monday allegedly killed a truck driver and his motor boy at Itori, along the Lagos-Abeokuta expressway.

Witnesses said the police officers, who were driving against traffic to avoid a bad portion of the road in Ewekoro, accosted the truck driver who was committing the same offence.

The officers reportedly shot at the truck tyres, causing a face-off between the driver, who was joined by the residents, and the police.

During the heated argument, which lasted about 30 minutes, the police officers reportedly shot the truck driver and his colleague.

The shooting led to a protest by the youth who blocked the expressway causing traffic gridlock.

Many motorists resorted to using a bushy alternative route, where they were compelled to ‘settle’ area boys before they could continue their journey.

Several travellers disembarked from their vehicles and continued their journey on foot.

A traveller, who identified herself simply as Damilola, described the situation as devastating, adding that truck drivers have blocked the road.

“What we suffered today can’t be described, as I speak, the police are not there, they all ran away already,” she said.

Abimbola Oyeyemi, the police spokesperson in the state, confirmed the incident.

He, however, said he was yet to be fully briefed by the Divisional Police Officer in Itori, where the incident happened.

Nigerian journalists to release book on intrigues of 2014 National Conference