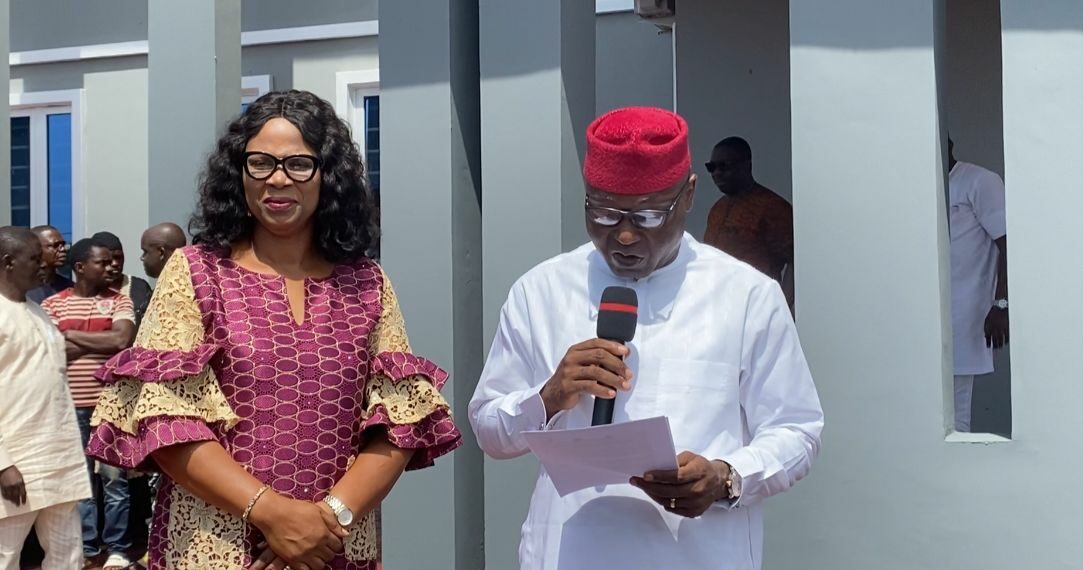 Ekiti state governor elect, Biodun Oyebanji and his wife at their residence in Ikogosi, Ekiti.

Mr Oyebanji, the candidate of the All Progressives Congress (APC), says the victory was well deserved.

The Ekiti State governor-elect, Abiodun Oyebanji, says he will reach out to his counterparts to learn from their wealth of ideas on how to move the state forward.

Mr Oyebanji in a press conference at his Ikogosi residence on Sunday morning told journalists that his victory was “well deserved.”

A few hours before the press conference, the electoral umpire, INEC, had announced Mr Oyebanji, the candidate of the All Progressives Congress (APC), as the winner of the governorship contest.

On October 16, Mr Oyebanji and his running mate, Monisade Afuye, will be inaugurated as the governor and deputy governor respectively.

“I thank all other aspirants and their respective political parties for the dignified way they carried out their campaigns, and for contributing to the credibility of the process,” he said.

“I will be seeking an audience with you all in the coming days, to benefit from your wealth of ideas on how to develop our dear state to complement our vision and blueprint for the accelerated development of Ekiti.”

Mr Oyebanji described the electoral process as free, fair and peaceful despite reports of vote-buying and selling.

“We also recognise all those who did not vote for us, but whose participation in this important democratic ritual of the election enriched the process, especially with the gracious manner in which you accepted the outcome, and helped maintain the peace during and after the exercise,” Mr Oyebanji said.

“We are hopeful that though we did not have your vote at this time, we would earn your trust and cooperation as we begin the journey of ‘Keeping Ekiti working.”

The governor-elect said he will immediately start to build on the legacies of past administrations. He also said a transition committee will be set up to demonstrate their preparedness.

Mr Oyebanji also expressed his condolences to the families of a transporter who died a few days before the election.

“I join my voice with that of all well-meaning Ekiti kete to the call for full investigations into the incidents and ensure justice is done,” he said.