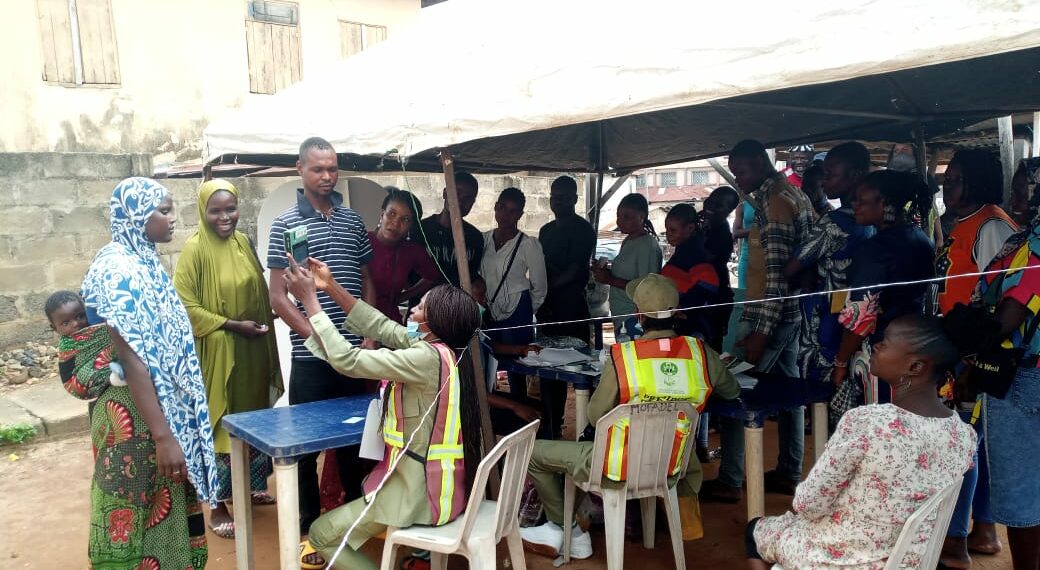 Mr Oyebanji secured the governorship ticket having scored 187,057 in the race.

The candidate of the ruling All Progressives Congress (APC), Biodun Oyebanji, has officially been declared the winner of the Ekiti State governorship election.

The chief returning officer of the election, Kayode Adebowale, in the early hours of Sunday announced Mr Oyebanji the winner in Ado-Ekiti, the capital city.

Mr Oyebanji secured 187,057 votes to defeat his closest challengers, Segun Oni of the Social Democratic Party (SDP) who polled 82,211, and Bisi Kolawole of the Peoples Democratic Party who scored 67, 457 votes. 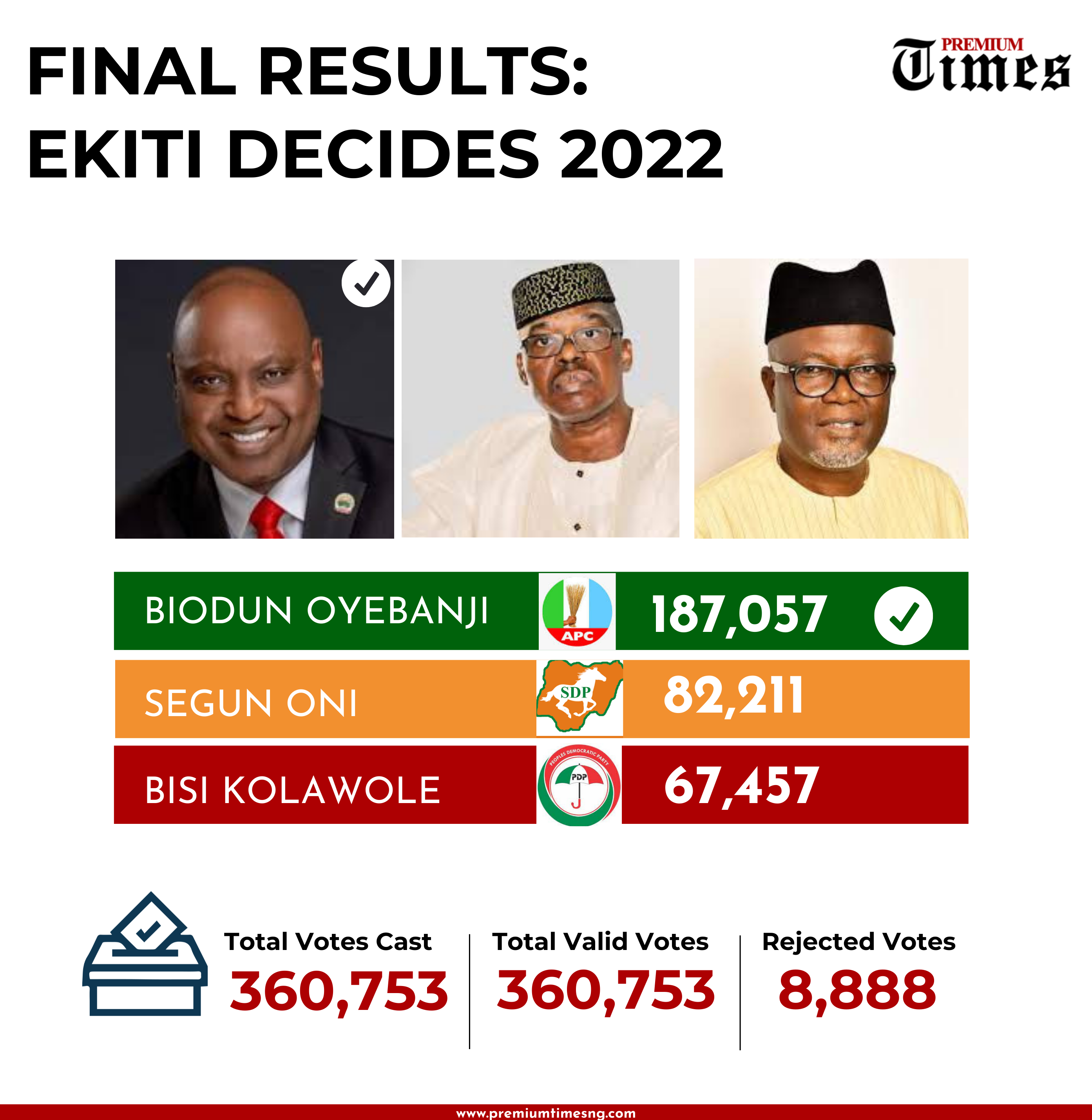 Mr Oyebanji is the anointed candidate of the incumbent governor, Kayode Fayemi. 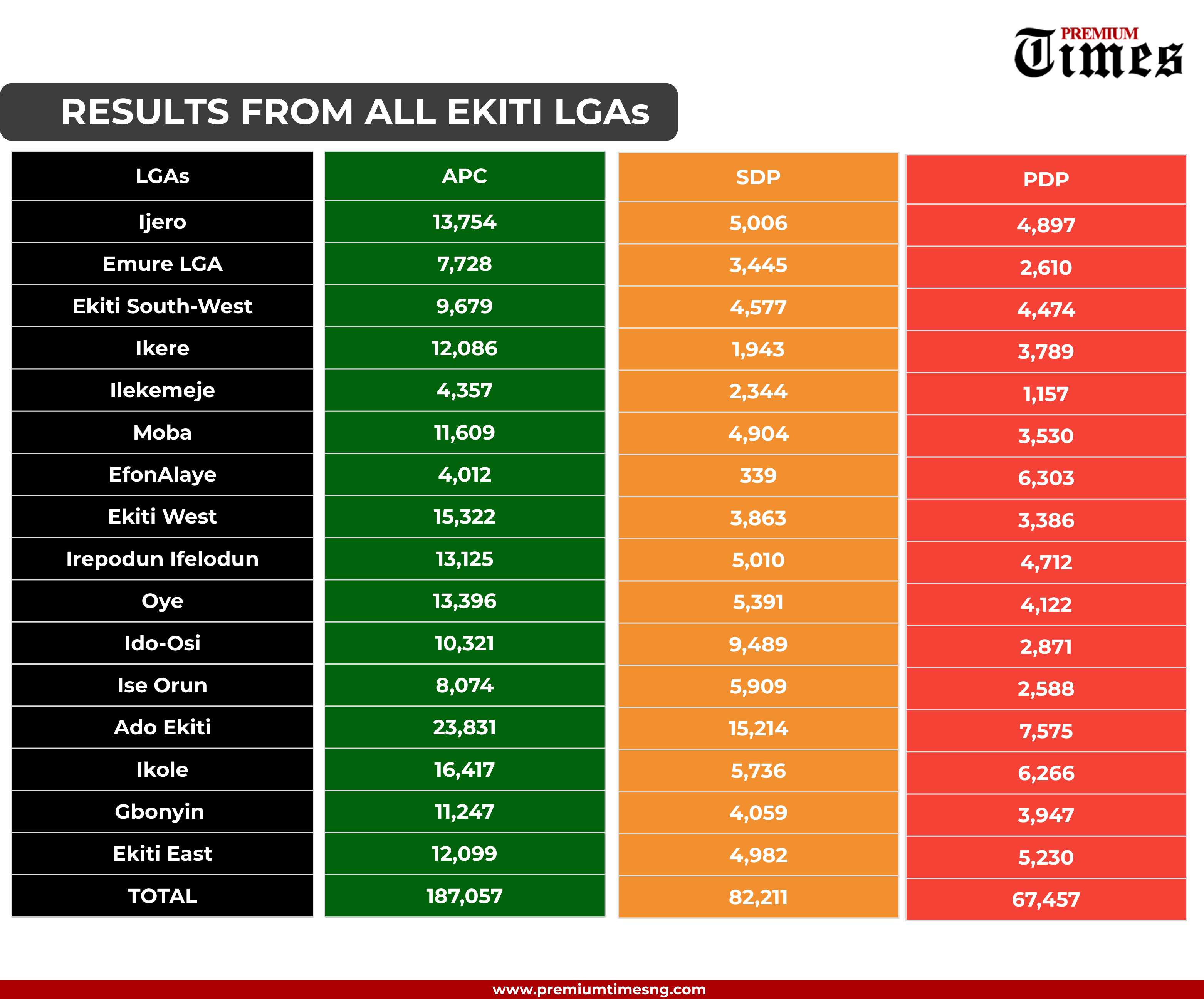 Number of votes according to political parties 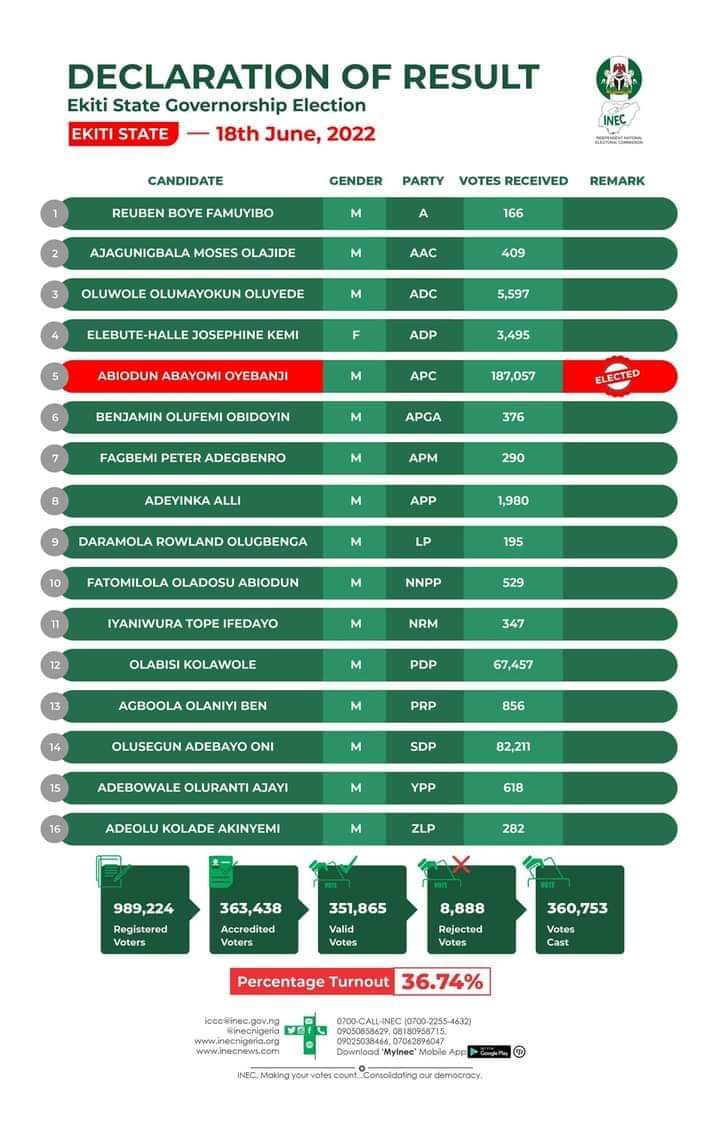