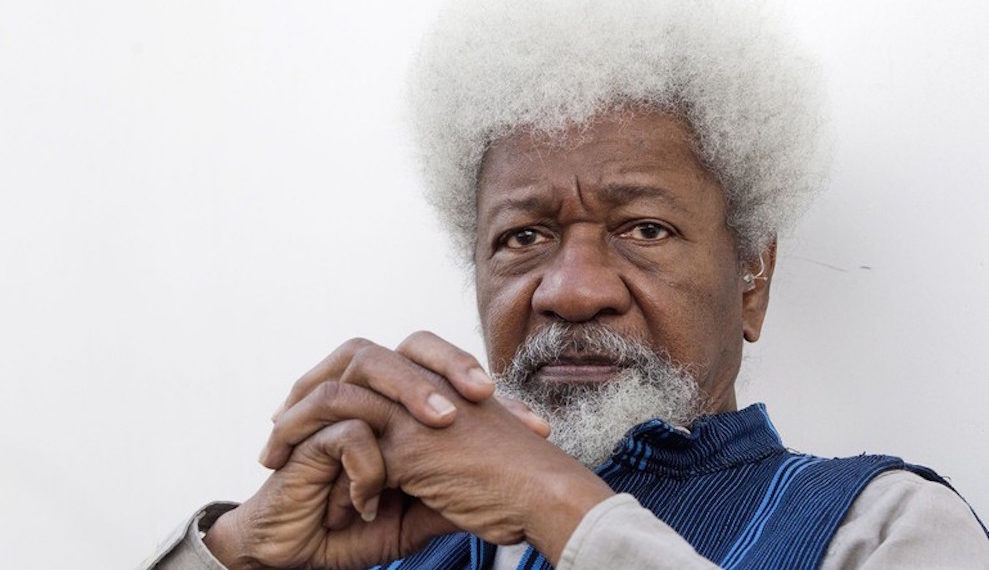 Mr Soyinka said the perpetrators of the crime should be denounced and exposed to prevent a recurrence.

Nobel laureate, Wole Soyinka, has condemned the killing of a pregnant woman, her four children, and others in Anambra State.

He said this in a statement titled “Drawing the red-line on infanticide” sent to PREMIUM TIMES on Saturday.

“We must begin somewhere, ‘draw a line’ – however individual and limited. I totally repudiate the killing of guests, of the unarmed, of innocents, the vulnerable, indeed, the murder of humanity,” he said.

Mr Soyinka wondered how such a crime could be perpetrated by a human.

“We know who these killers are, they live among us.”

Some yet-to-be identified gunmen had killed the pregnant woman, Harira Jubril, and her four children in Anambra State.

“Sometimes I undergo the feeling that I actually know them, that I have encountered them, have heard them, and perhaps even read them,” Mr Soyinka said.

He said that the perpetrators of such a crime should be denounced and exposed to prevent a recurrence.

So, it has happened! No one can claim it was nowhere fearfully expected, but one dared hope that the ugly, abominable word “reprisal” would remain locked down within the dark pit of primitivism hidden in the Nigerian psyche. I decided to edit out the warning expression of that fear from my recent Abuja statement – this was a concession to a superstitious fear, that “giving it voice” could set off the zombie trigger in the homicidally inclined.

Then of course one would be held responsible for inserting the notion in the heads of others. We all know however that these retarded minds are ever present among us, and only await the most trivial excuse to actualize their innermost craving. From the pronouncements of even those who claim to be men of God, we are left in no doubt that such craving receives endorsement from across the human spectrum. Where they cannot act, they incite others to fulfill their credo of morbidity.

The horror that was recently afflicted on the people of Anambra and the rest of us was redoubled for me personally because the news reached me outside the country while I was participating in an event of youth empowerment – a college graduation ceremony.

The anticipated question surfaced again and again: What kind of mind is capable of such bestiality? And yet it happens, again and again. We know who these killers are, they live among us.

Sometimes I undergo the feeling that I actually know them, that I have encountered them, have heard them and perhaps even read them. And we know that unless they are pre-emptively denounced and exposed, they will strike and strike again. Their actions reduce us all, tarnish us, and question our humanity.

The act constitutes a breach in community ramparts and should be answered by collective action. Again, I insist that it is long past time to move beyond pious denunciations – essential, yes, but insufficient. We simply must devise ways of making our revulsion so stark, unambiguous, and inclusive. Only then will such pollutants of civic consciousness be brought to rethink, come to understand that it is not just the immediate family, friends and colleagues whose humanity is thus violated, but the totality of cohabitants.

I admitted, in Abuja, that I nearly cancelled that engagement as an expression of that revulsion, and in solidarity with the bereaved. In the end, I decided that this would not be the right gesture. It so happens that I also have an engagement in Anambra, at a school where, for all I know, the children of Mr. Jibril Ahmed were enrolled, or would soon be enrolled, a sanctuary of learning for the one yet in the womb of the murdered Harira. It need not have been that very institution, but it is to just such a place of creative formation that they were all innately predetermined.

Collective action is not always easy to come by – except of course by coercion, which is what we are witnessing in the activities of militant groups in the East. That, however, is not the issue, this being a crossroads that the Anambra people will navigate themselves. The cold-blooded murder of guests in our home is however not merely a national issue but a violation of the much touted values of the black race.

We must begin somewhere, “draw a line” – however individual and limited. I totally repudiate the killing of guests, of the unarmed, of innocents , the vulnerable, indeed, the murder of humanity.

This time, I believe the decision is right, the moment is compelling. In empathy with those innocents whose scholastic careers have been so brutally annulled, I serve notice of cancellation of that engagement with the Anambra school, scheduled for August.

The deaths of those innocents cannot be reversed, but we must begin, even yesterday, the process of reversing the mental trajectory that makes death from innocence the current norm of national existence.

Lagos 2023: How I was locked out of APC guber primaries venue – Aspirant