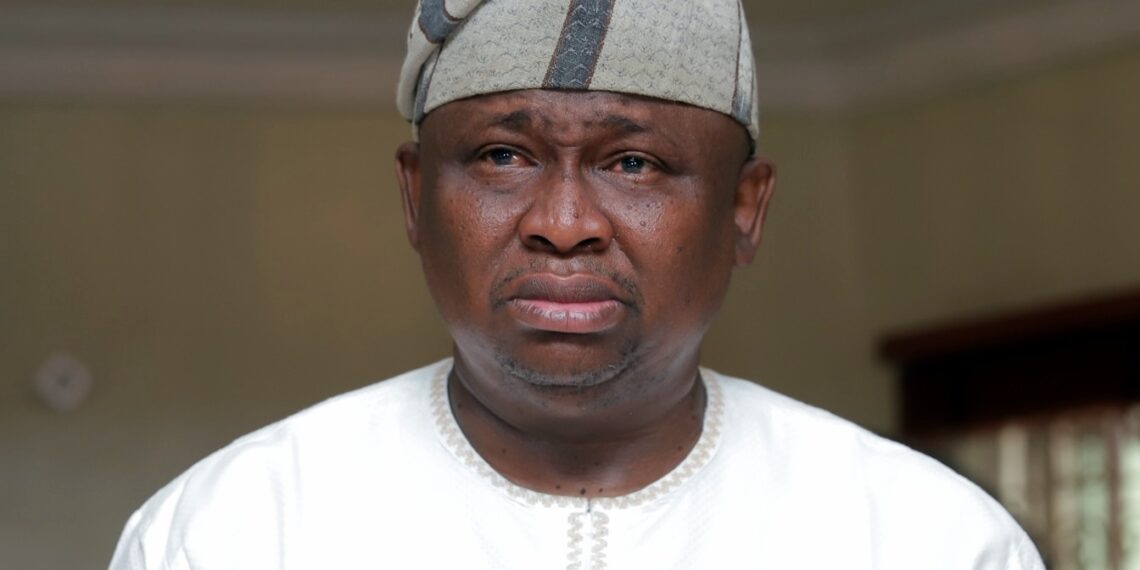 Nigerian Senator weeps on collection of nomination form in Ogun

Mr Adeola said his decision to switch to his native Ogun State is to add value to his senatorial district.

Mr Adeola, popularly known as Yayi, is originally from Yewa in Ogun State but has represented Lagos West at the National Assembly since 2015.

He was also the lawmaker representing Alimosho II at the Lagos State House of Assembly between 2003 and 2011. He then represented Alimosho federal constituency in the House of Representatives between 2011 and 2015.

Mr Adeola said his decision to switch to his native Ogun State is to add value to his senatorial district.

“I have chosen to take this bold step because I believe at a point in time in every man’s life you must choose what you want to do and you must take bold decisions and this is one of the bold decisions I have to take if I truly want to do politics in Ogun State,” Mr Adeola told journalists, according to ThisDay newspaper.

Mr Adeola will face other aspirants for the APC ticket in Ogun West, including a two-time governorship candidate in the state, Gboyega Isiaka.

The APC had pegged the party’s nomination and expression of interest forms at N20 million.

A group had bought the form and presented it to Mr Adeola at his home in Ilaro, Ogun State.

The senator, who struggled to control his emotions, said he did not expect the gesture.

He said he became teary because of the obstacles he faced when he returned home and aspired to the party’s ticket.

He said he was called “unprintable names” by his opponents, who also sponsored written and verbal attacks to destabilise him.

He also said the “mischief makers” began spreading falsehood about his origin, that he was not an indigene of the zone, but a foreigner.

Mr Adeola said with the purchase of the nomination form by his kinsmen and party supporters, he is now assured of his reception as a “bona fide indigene.”

A former Commissioner in the state, Iyabo Apampa, while speaking at the presentation of the nomination form, described Mr Adeola as the ‘Moses’ of the zone, “who will lead them to the promised land.”

An 84-year-old politician in Ogun State, Mufutau Ajibola, led the group that bought the nomination form for Mr Adeola.

The group said 71 of them pooled their resources together to raise the N20 million for the nomination form.

Mr Ajibola, a former member of the Ogun House of Assembly, said Mr Adeola is the preferred candidate to run for the senatorial seat in Ogun State on completion of his term as a senator in Lagos.

Another leader of the group, Kunle Salako, said those who contributed to the form included public servants, professionals in the private sector, businessmen, community leaders, and Ogun West indigenes in the diaspora.

He said the donation was voluntary, and they raised the N20 million within 48 hours.

“Just as we had young people in their 30s contributing, we also had elders in the 80s putting their hard-earned money into this project,” said Mr Salako.

“This is an unprecedented feat signifying a new trajectory of collectivity and brotherhood in Ogun West Senatorial district.”