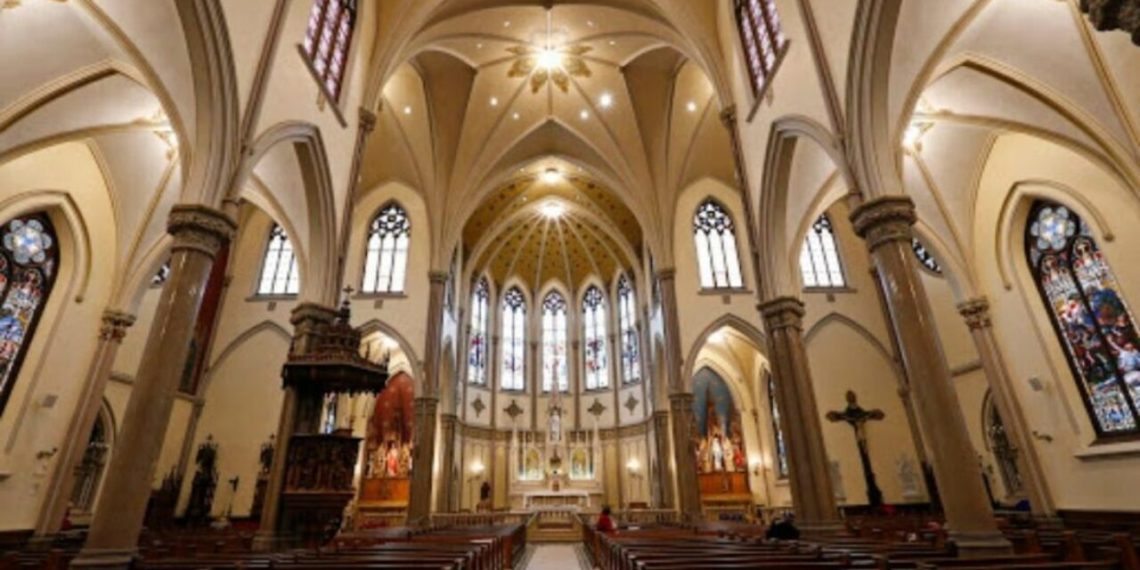 "It was discovered that the posting on the social media that brought about the administrative leave did not give a complete picture of the incident," the church said.

The Catholic Archdiocese of Lagos has recalled the Reverend Father, James Anelu, who was suspended for shouting down on worshippers singing an Igbo song during Mass.

A statement from the archdiocese signed by the Director of Social Communications, Anthony Godonu, said the priest was recalled following a thorough investigation by the church.

According to the statement, the investigation was conducted in consultation with the Parish Pastoral Council, the Parish Laity Council, and Ad hoc Committee set up by the Archbishop.

“It was discovered that the posting on the social media that brought about the administrative leave did not give a complete picture of the incident,” the church said.

“Fr. James has, therefore, been asked to return to the Parish in order to remedy the situation created by the social media posting and bring about reconciliation and unity in the Parish.”

Alfred Martins, the Archbishop, urged the parishioners to, in the spirit of the Lenten season, work together with the Parish priest for the greater glory of God and the good of the community.

He also called upon “all God’s children” to remember Mr Anelu and his parishioners in their prayers.

Mr Anelu, the Parish priest of Holy Trinity Catholic Church, Ewu Owa, Ikorodu, sparked social media outrage in February after a viral video showed him berating the choir in his Parish for singing a song in Igbo language.

In the video, he told the parishioners that Igbo songs would no longer be allowed in the Parish and church members who disagree with him should see him after the Mass.

The church reacted swiftly by asking him to proceed on an indefinite leave of absence pending the conclusion of a “thorough investigation” into the incident.

The highly anticipated Flagship Xiaomi 12 Series is coming to Nigeria