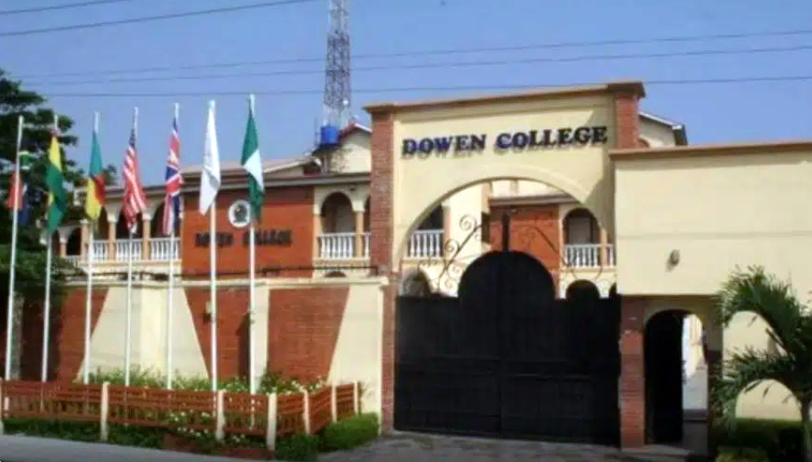 During cross-examination by the school's lawyer, Anthony Kpokpo, the witness said on November 26, he noticed that the deceased's liver was enlarged.

The doctor to Sylvester Oromoni’s family on Tuesday explained to the coroner, Mikhail Kadiri, that he treated the deceased at home for five days – November 26th to 30th, 2021, before his death.

The secondary school student of Dowen College in Lagos died on November 30, 2021, and the school was shut down by the state government.

Henry Owhojede, the doctor, also confirmed that at some time, the deceased was taken to the church for prayers.

During cross-examination by the school’s lawyer, Anthony Kpokpo, the witness said on November 26, he noticed that the deceased’s liver was enlarged.

He said when he noticed it, he carried out an “investigation.”

When the lawyer asked him “if it called for concern?” He said no.

The lawyer noted that his clinical note had no diagnosis; the doctor disagreed at first but when the note was brought to him, he agreed.

“Clinical notes without a diagnosis are directionless, do you agree?” The lawyer asked.

The doctor said he doesn’t agree, adding that it is “normal” to treat a patient without a diagnosis.

The lawyer asked him, “If you had called for a liver function test, what advantage do you think it would have given you to save the life of this innocent boy?”

Mr Owhojede answered, “It would not confer an advantage.”

He added that at that point he didn’t consider the patient as someone who required urgent medical attention.

Mr Kpokpo asked him that on November 26, “you recorded in your note that the temperature of the deceased was 38.7 degrees centigrade, was it a cause for concern?”

The lawyer asked “In your opinion, assuming this child was still alive and you have to refer the child to another doctor, how would the doctor know what the temperature of the child was on the 27th?

The doctor confirmed that on the 26th, he ran some laboratory tests to check the PCV of the deceased which was 34 per cent, a full blood count, white blood cell which was 6,800.

He, however, confirmed that on the 27th, he didn’t run a test on his white blood cell, or did a random sugar test.

In the clinical note he submitted in evidence, he said that on November 28, he went to see the deceased around 5 p.m. and confirmed that he “felt better,” but didn’t state the value of his temperature in the note “because it was afebrile to touch.”

When he was asked by a lawyer, Godwin Omoaka, representing one of the suspects alleged to have tortured him, if the deceased was “moving around,” he said “he wasn’t complaining like the previous days,” and was playing games on his mobile phone.

He said that he didn’t check his PCV, sugar level, and white blood cells on November 28.

“You were attending to this boy at home, did this limit the quality of care given to him?” the lawyer asked, but the doctor said “it did not.”

Mr Owhojede said that he didn’t see the deceased for 32 hours despite that he was experiencing “severe painful distress with an enlarged liver” because there was a nurse with him.

During the hearing that took more than seven hours, the witness, who was cross-examined by five lawyers, said the deceased was not brought in dead on arrival.

However, in an earlier statement to the police, he wrote that the late Master Oromoni was brought in dead on December 30.

When he was given an “opportunity for the last time to withdraw the statement that the Sylvester died in his hospital,” he insisted that the deceased died around 10 a.m. in his clinic after he was brought in.

The doctor, who said he has been practising for over 20 years, said he could not issue the death certificate of the deceased because there was “wailing and sadness.”

“Were you part of those wailing?” he was asked.

The doctor said no.

“But the wailing affected your professional judgment?” the lawyer asked.

The doctor said the deceased was in pain from December 26 to 30, until his demise.

He said he administered pain relief but the “pain was unrelenting, that’s why I sent him for a repeat radiology to see if he had undisplaced fracture and when they came back, he confessed that he did not play football at school and was assaulted by five students and forced to drink an unidentified substance.”

He said it was the deceased’s father, Sylvester Oromomi Snr, who informed him of the assault and substance ingestion on the 29th, adding that if he had known earlier, he would have referred him to the Delta State University Teaching Hospital (DSUTH), Oghara, for toxicology screening.

He would eventually refer him to the hospital.

He said on the day his patient died, he had given his parents a referral letter to the teaching hospital and provided an ambulance and a nurse.

He said a few minutes later, his condition deteriorated and he was brought to his private clinic, adding that “we did basic ABC (Airwave, Breathing and Circulation) and cardiopulmonary resuscitation but he gave up the ghost shortly after.”

Bernard Onigah, a lawyer, asked, “In your opinion did you discharge full and acceptable level of care, due diligence and professionalism in the treatment of the deceased taken into consideration the following details, – the escalation of the white blood cells from 6,800 to 17,500, PCV dropping from 34 percent on the 30th of November to 21 percent on the 29th?

The doctor said that he did.