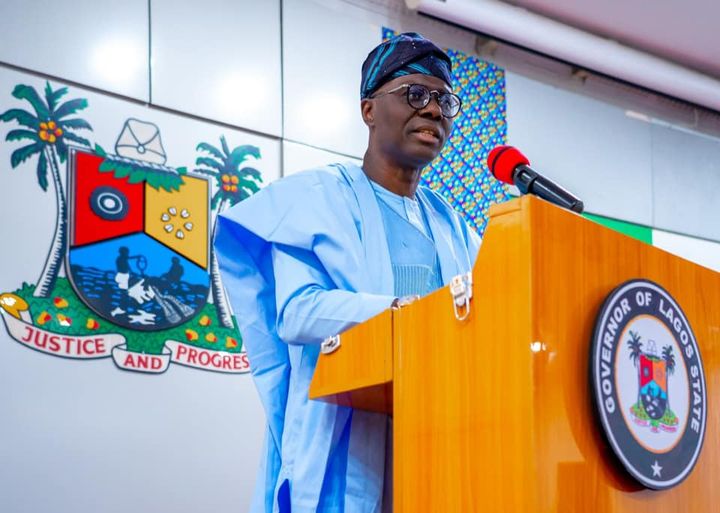 "It is estimated that in the last few years, about 80 per cent of the investments into Nigeria, has come into Lagos."

The governor of Lagos State, Babajide Sanwo-Olu, has said that the state requires $15 billion within five years for infrastructure due to its rising population and limited geographical space.

Mr Sanwo-Olu also said that the the city is vulnerable to the challenges of a fast-growing mega city.

A statement by the governor’s Chief Press Secretary, Gboyega Akosile, said that the governor made this known on Thursday at the third Lagos investors’ roundtable organised by the state office of Sustainable Development Goals (SDGs) and investment.

Mr Sanwo-Olu also emphasised the importance of building strategic relationships with investors to foster the ongoing economic recovery from the combined effects of the COVID-19 pandemic, climate change, and global inflation.

He said: “As a low-lying aquatic city with over 22 million citizens, confined to the smallest landmass in Nigeria, Lagos is especially vulnerable to all the challenges of a sprawling, densely populated, climate challenged, fast-growing megacity.

“We believe that given the rising population and limited geography space that we have, Lagos will indeed require about $15 billion over the next five years on infrastructure alone.

“$15 billion is about five times the budget that we currently have. Lagos’ budget is about $3 billion today.”

The governor called for synergy between investors and the private sector for the development of the state, adding that the continued growth and success of Lagos is premised on the strength and diversity of partnerships. He also assured investors and private partners that the state government will create enabling policies and environments for them to thrive.

“It is such strategic partnerships that account for Lagos being by far the leading recipient of local and foreign direct investments in Nigeria,” he noted.

“It is estimated that, in the last few years, about 80 percent of the investments into Nigeria, has come into Lagos.

“These investments remain vital to our economic growth and wellbeing, supporting tens of thousands of jobs and livelihoods across the city.

“This is the reason why a forum like this is so important – as a platform for harmonising our respective visions and targets and agreeing on key actions that will not only strengthen existing investment partnerships but also initiate new ones.”