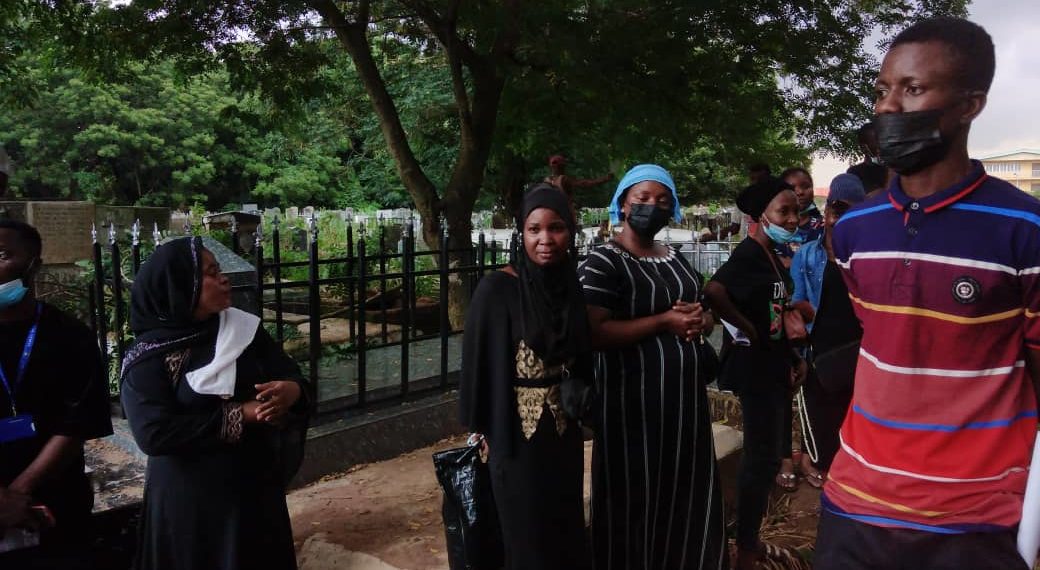 A former student activist of the Lagos State University (LASU), Yusuf Alowonle, also known as Omomeewa, has been buried in Lagos.

The former LASU students union presidential aspirant, who was shot dead, was buried in Atan cemetery, Yaba, on Friday afternoon as sympathisers decked in black mourned.

Mr Alowonle, a 2019 graduate of Educational Management, was shot dead in a suspected robbery attack not too far from the school gate in August.

Mr Alowonle, who was also the Lagos Coordinator of the Education Right Campaign, was shot alongside a school staffer, Waheed Majekodunmi, also known as Majek.

Following the incident, the management of the institution assured that all issues surrounding the attack will be adequately addressed.

Prior to his death, Mr Alowonle had faced the management disciplinary committee where he was accused of “admission racketeering.”

The national coordinator of the ERC, Hassan Soweto, described the deceased as a “dedicated human rights activist, pro-worker advocate, and socialist persecuted to death by the tyrannical management of the Lagos State University.”

He also accused the LASU management of complicity in the death of Mr Alowonle.

He did not provide any evidence to back his claim

“We have every reason to believe that the management of the Lagos State University is precariously responsible for your death,” he said.

Last month, the LASU management had given an account of the events leading to Mr Alowonle’s death.

Mr Soweto promised support for his family adding that his certificate will be obtained posthumously.

“He died a fulfilled man, this is very sad to me. I can’t explain it. I pray that God will grant him eternal peace. LASU cannot go scot-free,” Yusuf Nurudeen, the family’s lawyer said.