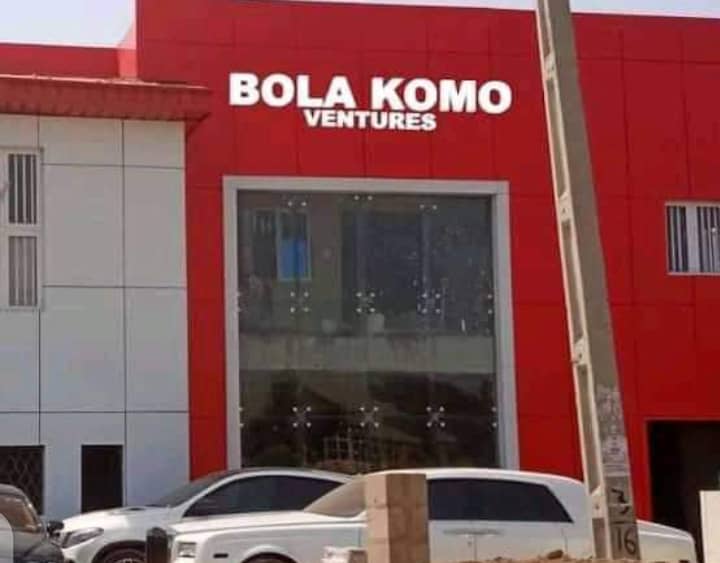 Amotekun, club owner bicker over sealing off of nightclub

The owner of Bola Komo Night Club in Akure, Ondo State, has rejected claims by the Ondo State Security Network Agency, known as Amotekun, that it secured a court order to seal off the fun place last weekend.

Olubola Adeya said in a statement on Monday that no document was shown to them before the operatives locked up the place.

Men of the Amotekun Corps and the Nigeria Police Force jointly raided the club’s premises on Saturday following complaints by the former that the club serially flouts the government’s directives not to operate beyond 12 midnight.

The state government in July banned the operation of nightclubs beyond midnight as a result of escalating criminal activities within the city.

Mrs Adeya said the nightclub was just one of the many businesses within the complex and the corps’ blanket closure of the place negated the rights of other businesses not associated with the club.

In her statement titled ‘Amotekun Sway of Terror: Bolakomo Ventures Under Siege,’ Mrs Adeya said the corps sealed the place without any “cogent reason.”

“No order from the court of law or any document was presented,” she said. “All occupants and those residing within the premises were chased out. The business premises has different sections, the bar and lounge (which they claim is the target of their sealing off) is in a different part of the premises entirely from the other sections of the business that were affected.”

“Like the medicine store, fashion school, agency banking, eatery, coffee shop, car wash, beauty school, spa, and spaces let out to other concerns to carry out their business were affected.

“It is noteworthy that the Amotekun Corps was created to enhance the security of indigenes of Ondo State.

“They are expected to provide overall security generally and ensure specifically that the attacks of the notorious herdsmen are put in check and contained, yet the only place you find them within Akure, the state capital, is harassing, molesting, and intimidating honest and all law-abiding citizens going about their normal businesses.”

Mrs Adeya alleged that the Amotekun corps is now used as a tool to settle political scores against perceived political opponents.

“The invasion of the premises, the chairman and her family were prevented by the Amotekun Corps from returning to their residential quarters, which is within the premises of Bola Komo Ventures, they are presently squatting with friends.

The businesswoman maintained that the sealing off of her premises under the pretext of “security breach” is baseless as no suspect has ever been arrested for any criminal offense since they began operation in 2019.

Meanwhile, the Ondo State Amotekun Commander, Adetunji Adeleye, said they sealed off the premises because security officers chased some suspects into the club and were prevented from arresting them “at a time the pub should not have been operating”.

“A couple of days ago during our night patrol, we saw some groups of boys in front of an ATM machine around the place withdrawing money at about midnight,” the commander explained.

“They also hinted us that such operations were being carried out in other ATM points at that hour. We went to the ATM around Adegbola and we met another group of boys carrying out same act. On sighting us, they took to their heels and escaped into Bola Komo Night Club.

“This was at about 1:38 a.m. On getting to the clubhouse, we found out that there was full clubbing taking place right there and we recorded the video.”

Mr Adeleye said when they asked for the manager of the club, “he came out and said the operatives had no right to arrest anyone in the club”.

“In a short while, we saw about 18 security men that came out and also prevented us from entering the club.

“At about 2:30 a.m., the manager sent about 500 men, including the security men chanting at our men. At that time, we refused to engage them but contacted the police and they also tried but their efforts also proved abortive.

“Based on that, we invited the manager and that was after visiting the venue about six times. We advised them to close the club at the time stipulated by the state government. But on many occasions, he would apologise but refused to comply.”

The Amotekun commander said he invited the chief executive of the club to his office and enlightened him on the need to adhere to the rules stated by the state government.

“On each occasion, he promised he would keep to the government’s rules. It was quite surprising that apart from depriving us from carrying out our security activities, they still continued clubbing at about 2 a.m.,” he said.

“We went there in the early hours with men of the Nigerian Police Force to carry out the court order.

“We met some people there and we peacefully dislodged them and warned them not to drop the crossed tape we used in sealing the place by the court.”