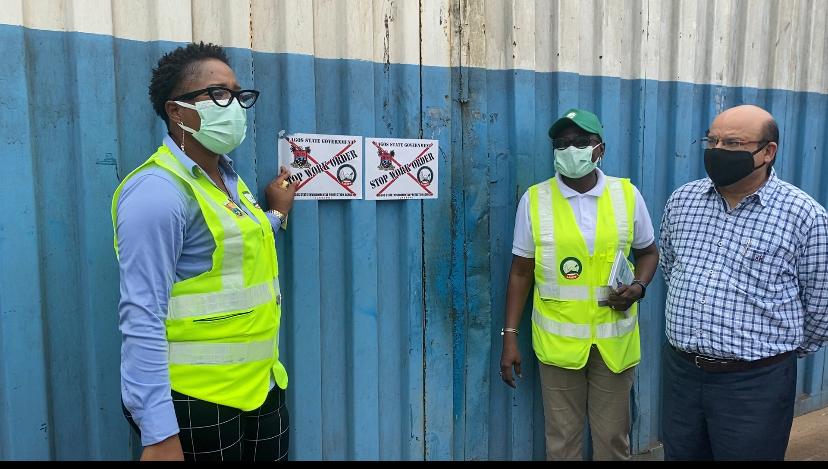 "They release large quantities of noxious gases, fumes and other hazardous substances which are direct result of prioritizing profit over the planet and people."

The Lagos State Environmental Protection Agency (LASEPA) says it has issued a “Stop-Work” order to two steel and iron manufacturing companies in the Ikorodu area of the state.

In a statement released by Bola Ajao, the spokesperson of LASEPA, the order was issued following environmental infractions and unsafe working conditions observed in the companies.

The affected companies are Sun flag and Top Steel companies, both located at Odonla community in Ikorodu.

Mrs Ajao said the agency also sounded a note of warning to other steel and iron manufacturing companies, operating in the axis to ensure their activities are in tandem with the state’s environmental standards.

The General Manager of LASEPA, Adedolapo Fasawe, who led the enforcement team to the two companies, decried the unsafe working conditions, as workers were observed conducting their duties with minimal risk control to staff, their surrounding communities and even the state at large.

The LASEPA boss described the situation of the companies as “grave”, citing the negative effects they pose to the vulnerable population in the community, especially the children and elderly, who are affected by “gross misuse of the shared environment.”

Mrs Fasawe said the visit to the factories was in response to complaints received from residents of the area, environmental monitoring data and the outcome of surveillance conducted by LASEPA, days before the visit.

“The visit revealed that most of the activities going on in Ikorodu industrial area do not comply with Lagos State environmental standards, as well as international best practices vis-à-vis industrial waste management and circularity.

“There are environmentally friendly ways to carry out recycling activities, Lagos State is promoting and encouraging a shift from linear to circular economy. The government under Governor Sanwo-Olu encourages recycling but not at the expense of our peoples’ lives and the environment,” Mrs Fasawe said.

The official said “they observed that a lot of the machines being used at the companies for recycling are archaic, poorly maintained, and not fit for purpose under current and future environmental standards”.

“They release large quantities of noxious gases, fumes and other hazardous substances which are direct result of prioritizing profit over the planet and people.

“As a government, we will continue to do everything within our power to ensure that the quality of air which our residents breathe and indeed all environmental media (land, soil, flora, fauna) is not negatively impacted by industrial activities,” she added.

The LASEPA boss said all the sealed factories must provide an environmental action and clean-up plan, a detailed environmental management policy document, as well as normalize all necessary state government documents and taxes before being considered for reopening.

She added that workers’ safety and due consideration for the environment are also part of the criteria for reopening, adding that the monitoring exercise would be extended to other parts of the State.

The spokesperson of the agency added that the managers of the affected companies said “they are ready to comply with all environmental laws of the state and stop all environmentally damaging activities”.

Mrs Ajao said residents of the community “have expressed readiness to work with the government to curb the unfriendly activities of industries within the area”.