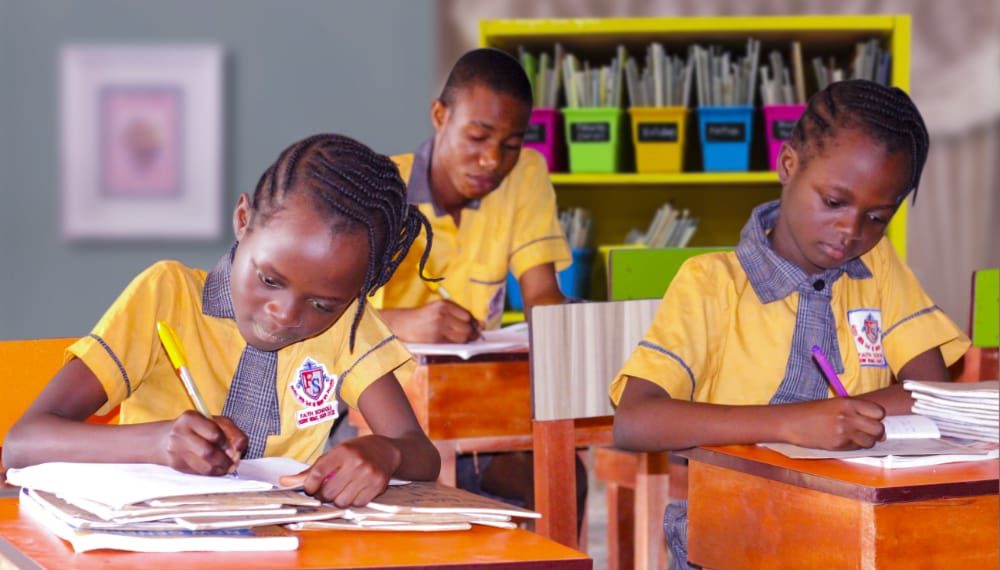 An American based Non-Government Organisation, Alli Foundation, has provided free school uniforms and text books for students in 27 public primary and secondary schools in Ogun State.

The students were presented with the uniforms and text books, which was the pilot project of the organisation, in the presence of their parents and teachers. They were selected from schools in Abeokuta North Local Government area of the state.

The Nigeria Coordinator, Ganiyat Agboola, said the gesture was part of the social responsibilities of the organisation, adding that it would be a continuous exercise. She added that the foundation has been sponsoring some children through primary, secondary and tertiary education.

“This is our pilot project starting from Abeokuta North Local Government, and we have identified students from 27 schools as first set of the beneficiaries, and we are still going to spread the tentacles of our activities to other parts of the country as being done in the U.K and U.S,” she said.

She said the Abeokuta-born founder of the organisation, Kehinde Alli, resolved to embark on the project having also been a victim of poverty which, he noted, can affect academic excellence of indigent students

Ms Agboola disclosed that the foundation has a warehouse in producing large number of school uniforms so that enough would be provided for the beneficiaries across the country. She also noted that the programme was to ensure that pupils and students have access to quality materials to boost their education.

Ms Agboola, a former deputy governorship candidate in Ogun State, said the organisation’s philanthropic activities, which have spanned over ten years, would continue with more scholarships for indigent students.

The Chairman of the occasion, Samson Popoola, in his remarks, commended the foundation for the laudable projects. He challenged other NGOs and philanthropists to emulate the gestures and be alive to their roles in social responsibilities.

Mr Popoola, who is the chairman of Police Community Relations Committee (PCRC), Ogun State Chapter, pointed out that the donations would go a long way to cushion the effects of purchasing new school materials by parents and afford the beneficiaries of new set of uniforms during the next session.

He, however, encouraged the students to show commitment to their education and avoid all social vices that may derail them for better future. He added that while studying, they should also show interest in entrepreneurship training, pointing out that the era of clamouring for white collar jobs is gone.

Some of the parents, teachers, and students ,while responding to the donations, expressed appreciation to the foundation, adding that the gestures were a relief for both parents and students.

Pulling Nigeria out of poverty and underperformance, By Austine Edim