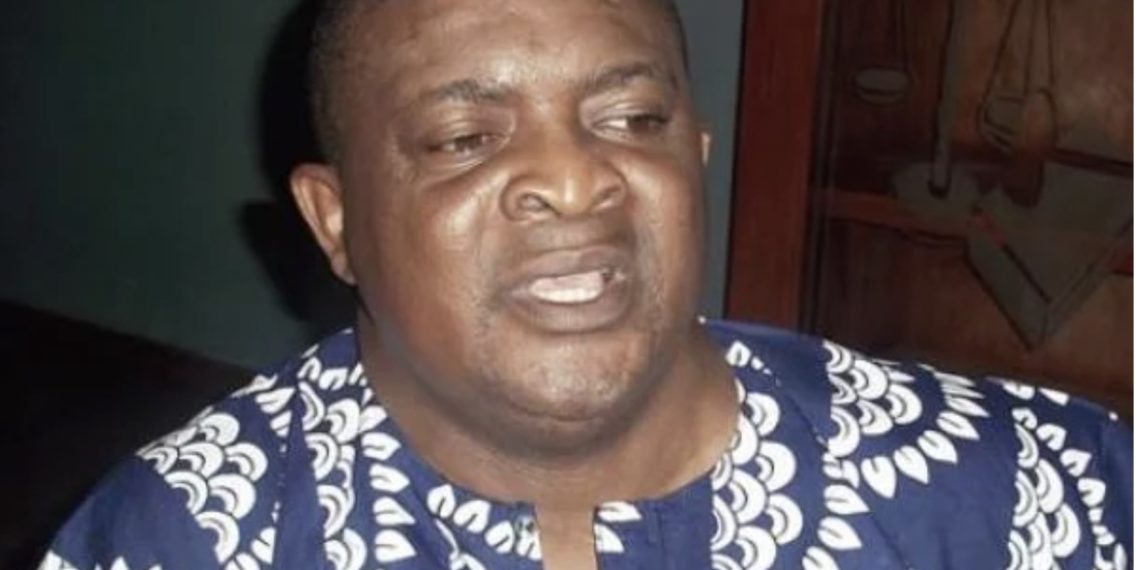 Mr Tinubu said the deceased, like his father, also mounted the streets to agitate for democracy and good governance

A former governor of Lagos State, Bola Tinubu, has commiserated with the family of the late Gani Fawehinmi over the death of the eldest son, Mohammed.

Mr Tinubu, in a condolence message by his media aide, Tunde Rahman, in Lagos on Thursday, described Mr Mohammed as a committed activist.

Mr Mohammed died after a brief illness on Wednesday in Lagos at the age of 52.

According to him, Mr Mohammed, like his father, was a lawyer committed to engendering societal change and development through the instrumentality of the law.

Mr Tinubu, a leader of the All Progressives Congress (APC), expressed sadness over the death of the deceased.

He noted that the late Mr Mohammed had kept the activist’s fire of his dad burning since his passing.

“But for the incapacitation arising from his devastating road accident, Mohammed would surely have risen to the full stature of his potential.

“Even then, he refused to be constrained by his physical state or confined to the wheelchair.

“Rather, he continued to battle in court defending the poor, weak and oppressed Nigerians like his dad.

“Like his father also and like activists they both were, Mohammed also mounted the streets to agitate for democracy and good governance,” he said

The former governor extended his condolences to the matriarch, Ganiat Fawehinmi, and eldest daughter Bashirat.

He prayed the family and the people, saying that both father and son fought for all through their lives.

“I urge the Fawehinmi family to continue to advance those noble ideals propagated by both father and son.

Governor Kayode Fayemi of Ekiti described the death of Mr Mohammed as shocking and unfortunate.

Mr Fayemi, in a statement on Thursday in Ado-Ekiti signed by Yinka Oyebode, his Chief Press Secretary, said Mr Mohammed’s death is a loss to the generality of Nigerians.

According to him:” It is a great loss not only to the late Fawehinmi’s family and the Civil Society Organisations, but also the masses whose rights Mohammed fought to protect.”

Mr Fayemi said the late Mr Mohammed, like his father, was very passionate about getting Nigeria to work better for the citizenry.

He said the deceased always sought a better Nigeria through constructive criticisms of the government.

The Chairman of Nigeria Governors’ Forum (NGF), said the late civil rights activist spent his life in the service of humanity, despite being confined to the wheelchair.

He said the Nigerian masses would sorely miss Mr Mohammed whom he described as a champion of the oppressed and defender of the defenceless.

“In spite of his health challenge, Mohammed continued in the acts of his father who also fought for the masses as their advocate.

“His vision, courage and patriotism were just like his father’s. His demise will definitely create a huge vacuum in the fight for the liberation of the masses.

“Our prayer is that God will grant the family the fortitude to bear the loss and grant the deceased eternal rest,” Mr Fayemi added.

Also, Joe Okei-Odumakin, president , Women Arise for Change Initiative, in a statement made available to the News Agency of Nigeria (NAN) on Thursday in Lagos, described the deceased as a chip off the old block “in every way.”

“Mohammed attended rallies and kept the flame of activism burning in the Fawehinmi clan and indeed, the national circle of activists.

“He relegated the designs of a fateful accident aside and performed all his obligations creditably.

“We are devastated by the sudden death of our dear Mohammed Fawehinmi. This one death too many, was communicated to us quite early but the shock was arresting, alongside the need to find the best way for the immediate family to absorb the effect of this tragedy,” she said

The late Mr Mohammed had a law degree from the University of Buckingham, England and was called to Nigerian bar in 1998.

In 2003, he had a terrible accident in Lagos, which affected his spinal cord, confining him to a wheel chair.