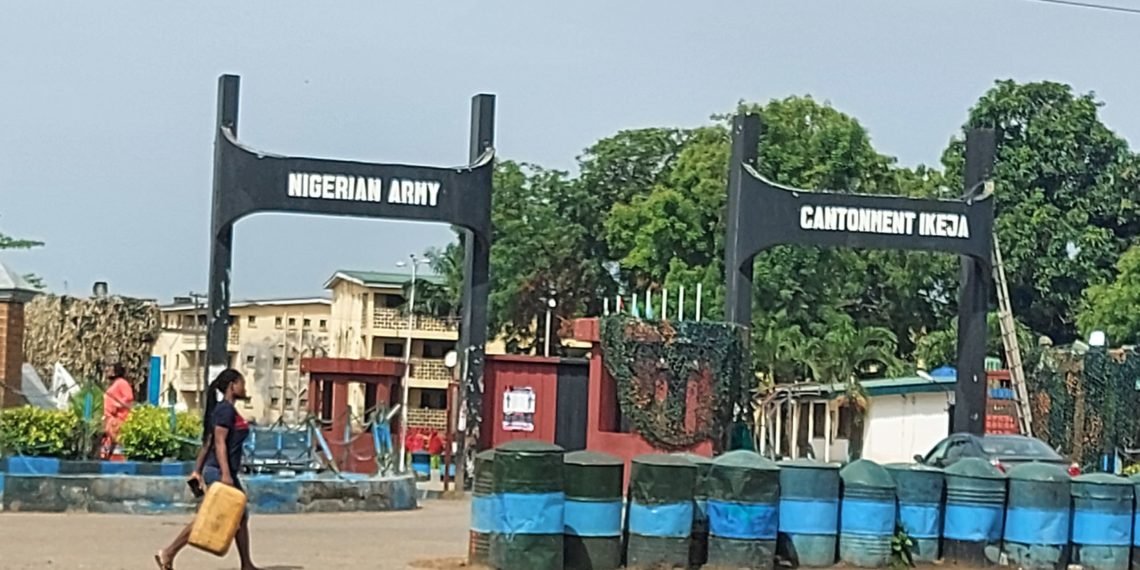 “The problem started since 2016. In fact, it was two hours supply we used to get before a new commander came, and they changed it to three hours.”

While officers of the Nigerian Army battle insecurity in different parts of the country, the families they left behind in the barracks suffer poor power supply, PREMIUM TIMES has learnt.

At the Ikeja cantonment in Lagos, a soldier described the situation as “suffering in surplus.”

The cantonment gets three hours of power supply every day, even though the neighbourhood, Onigbongbo, and environs enjoy relative steady power supply, PREMIUM TIMES gathered.

“The problem started since 2016. In fact, it was two hours supply we used to get before a new commander came and they changed it to three hours,” Ngozi Udom, a soldier’s wife told PREMIUM TIMES.

The cantonment is supplied electricity by the Ikeja Electricity Distribution Company (IKEDC) and gets power supply between 8 p.m. and 11 p.m. every day, except for days when the feeder is faulty.

“Even when a bomb blast occurred at the barrack, we all thought we would not have light for three years but they brought back light after three days. Now, no bomb blast, nothing is wrong with the light, yet they deny us of good light,” Mrs Udom added.

The Ikeja cantonment bomb blast occurred on January 27, 2002, with over 1000 lives lost in the incident. 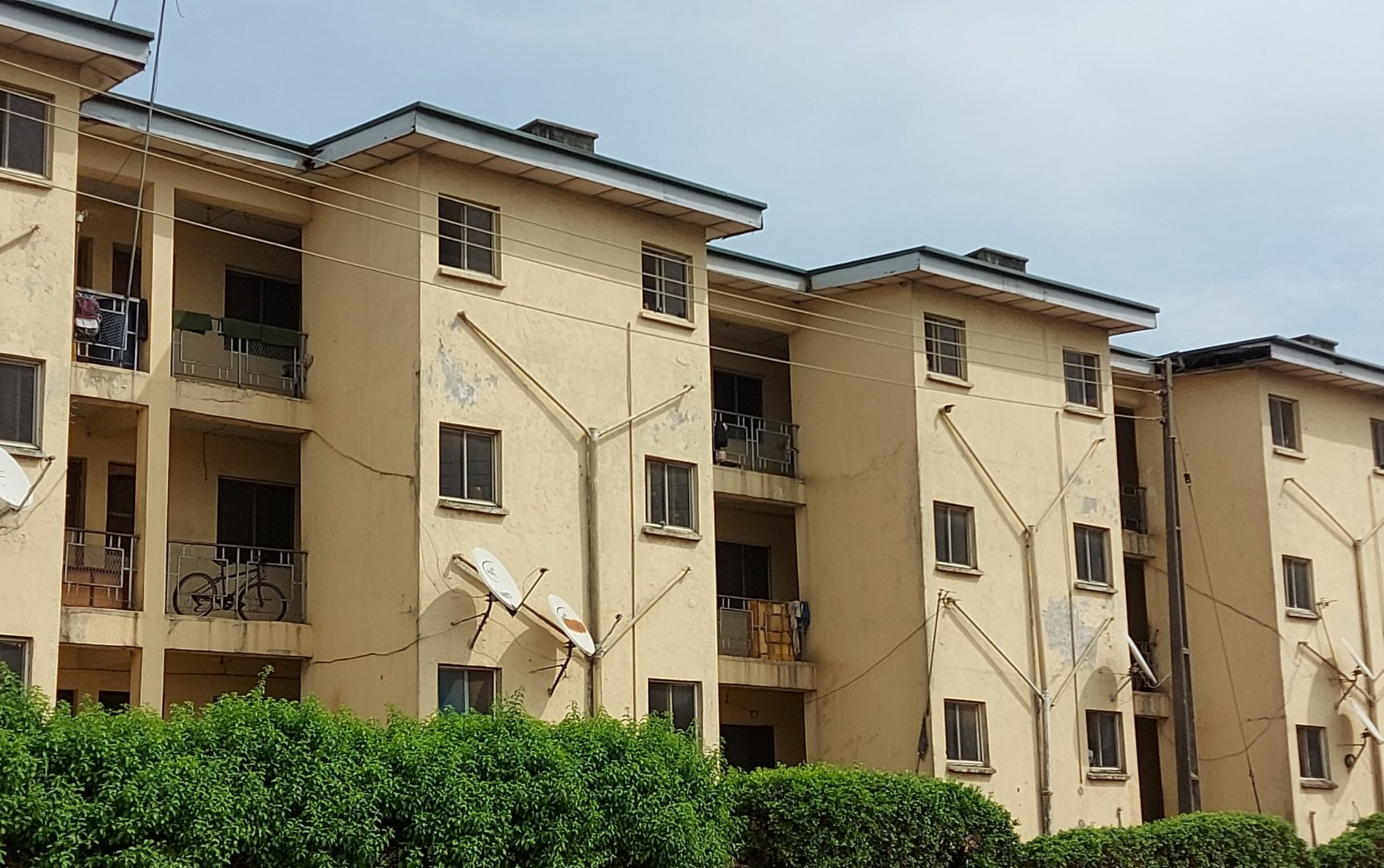 Several soldiers and their families resident in the Ikeja cantonment lamented how they have been “suffering is silence” for over six years with no recourse in sight.

Not only do the residents not have access to a good power supply, they are also exposed to noise from generators which cause disturbance for many of them, PREMIUM TIMES gathered.

A soldier, who identified himself as Moses John, said there have been several efforts to improve the electricity situation in the cantonment but to no avail.

“I moved to the cantonment about three years ago and the light issue has been on ground,” he said.

“I spend thousands of naira fueling my generator monthly just to cushion the effect of the bad power supply on my family. It is bad enough that we cannot use certain home appliances due to bad power supply.”

Mr John said parts of the efforts made by the soldiers themselves included a suggested monthly contribution for electricity, which was dead on arrival because contributions by soldiers are not allowed by the army authority.

“We cannot sleep at night due to excess heat and noise from generators of neighbours from left and right,” another resident, who prefers not to be named, said.

“Imagine saying you are living at the cantonment and cannot make meaning out of life. This electricity issue is really disturbing. Many of us (solders’ wives) cannot do business or sell goods that require electricity because we don’t have one.

For Muinat Ahmed, another soldier’s wife who has been living at the Ikeja cantonment since 1995, the plight is quite different.

“Usually, our husbands give us money at month-end, and we (wives) make contributions, buy foodstuffs and soup ingredients in bulk and share. This is because we had good electricity and can stock them in the refrigerator.

“This cannot happen anymore. We cannot cook soup and put it in the fridge. It will get spoilt. Buying things in bulk is cheaper but we cannot do that now. Prices of things have gone up. It is really affecting us,” she said.

Mrs Ahmed said the electricity crisis started in the cantonment in 2006 and things are “getting harder” for residents, especially the women.

“We cannot do little businesses we used to do. We cannot sell cold drinks and other things. Things are really bad,” she added. 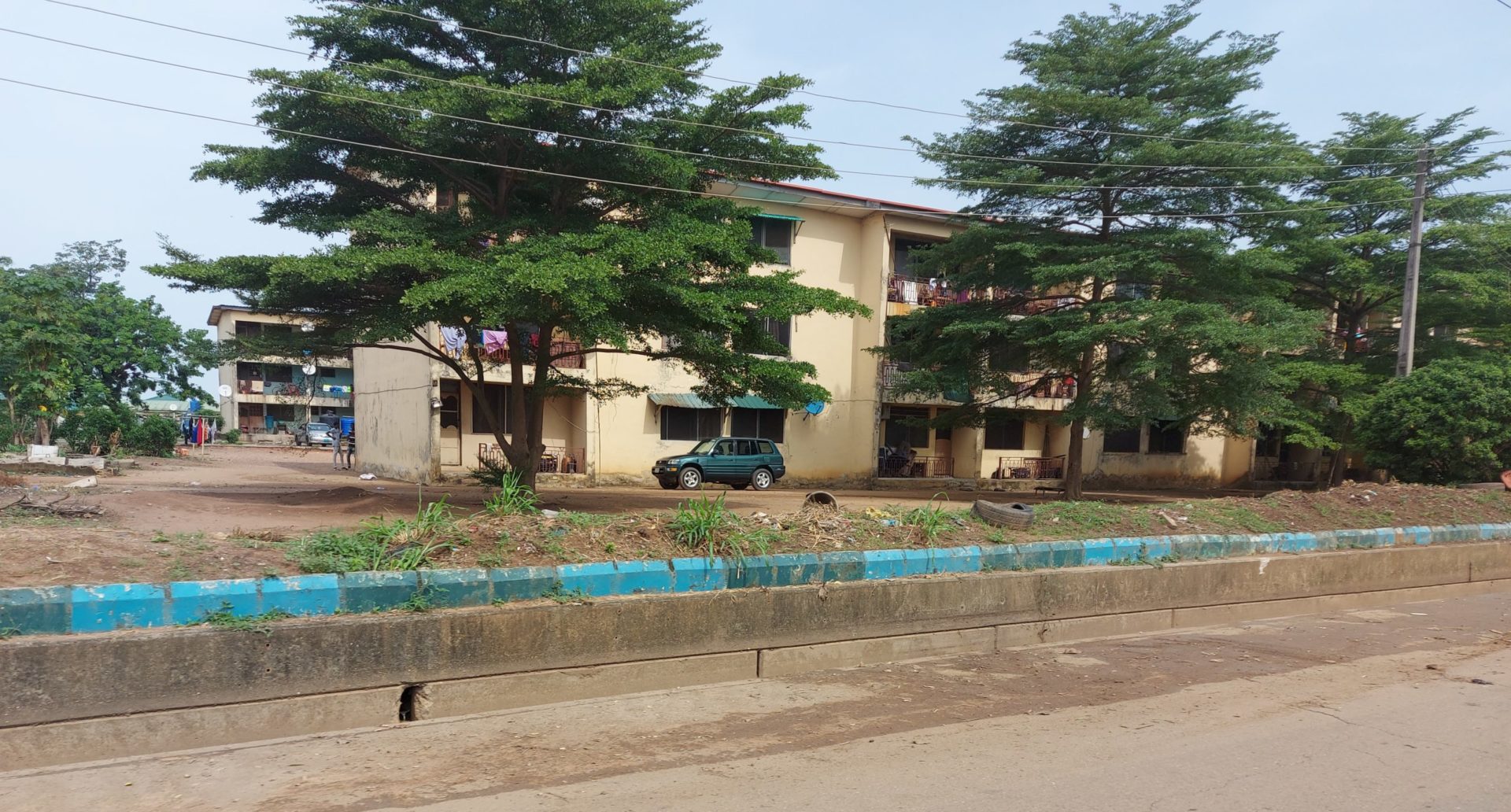 Businesses with the Ikeja cantonment also bear the brunt of poor power supply, as many business owners lament how it is crippling their operations.

Uche Achude, who runs a computer/printing business at the Mammy market, the business region of the cantonment, said he is on the verge of quitting because the business is no longer profitable.

“The cost of fueling generators and repairing them when they get faulty is way higher than the gains made in the business. We do not get to use the light because, by the time they bring it, we have already closed.

“What will I be doing in the shop between 8’o clock and 11? They never bring it during the day, so 100 percent of our jobs are done using the generator,” he said.

Another business owner, who declined to give her name, said she could not sell cold drinks unless she buys ice block from shops outside the cantonment.

“The light is a big problem, but it is like the army is not doing anything about it. How much gain do I make on drinks that I will be using generator every time? Even when I buy ice blocks, they cannot ice too much goods.”

When PREMIUM TIMES contacted a representative of the Ikeja Electricity Distribution Company, Akinola Ayeni, on the electricity issue at the cantonment, he said it is due to the outstanding debt owed by the cantonment.

“The issue of Ikeja Army is a lingering issue that we have been trying to manage. This energy they are giving us from the national grid, we are paying for it.

“We don’t ask individuals to contribute money for Ikeja electric. All we ask everybody to do is to pay their electricity bills and in a situation where they cannot pay, we cannot continue to will our energy to where they are not ready to pay electricity bill at all,” Mr Ayeni said. 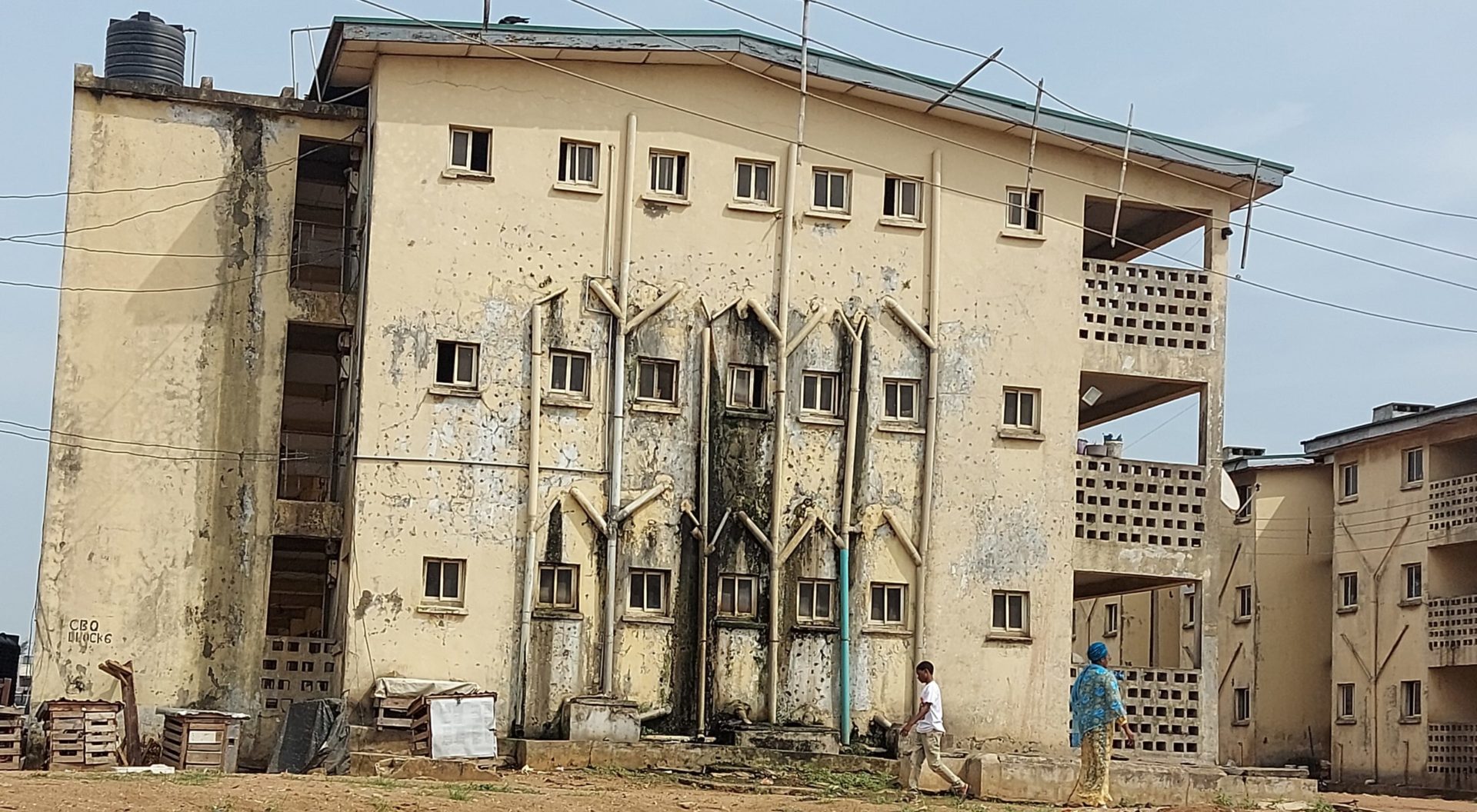 A source at the Ikeja cantonment, who prefers not to be named because he is not authorised to speak, said the cantonment has an outstanding electricity bill that run into billions of naira.

The source said the debt has been accumulated over time and the army authority refused to pay, which is why the electricity company is supplying three hours of electricity per day.

When PREMIUM TIMES contacted Kolawole Bello, the spokesperson of the 9 Brigade, Nigerian Army, he said the army headquarters pays electricity bills of all Army barracks and cantonments across the country.

“Electricity bills in all Nigerian Army barracks and cantonments are always paid directly from the Army Headquarters to the relevant electricity distribution company.” 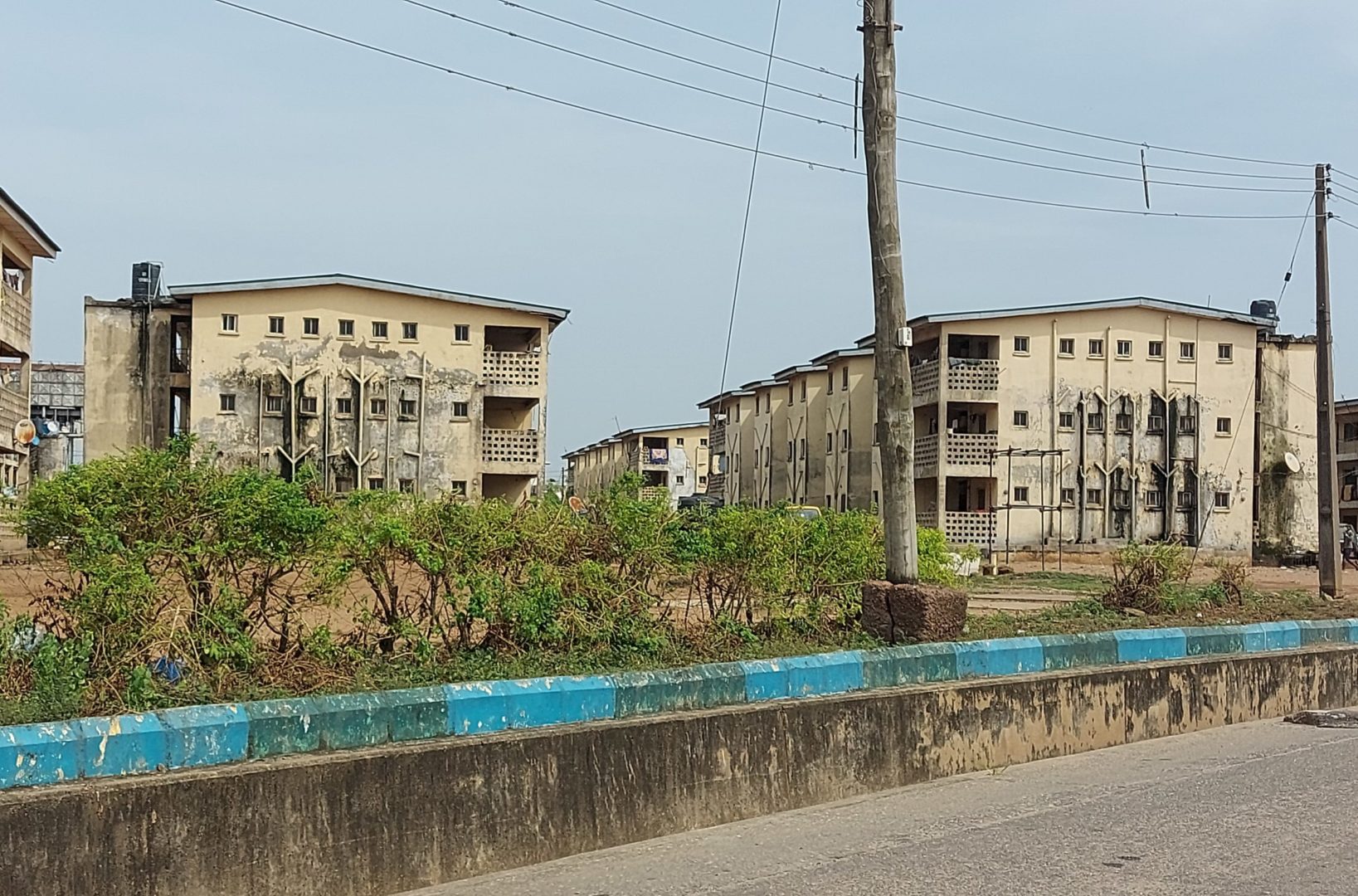 ‘No money to pay bills’

Reacting to the complaints by the Ikeja cantonment residents, Mohammed Yerima, the Nigerian Army spokesperson, said the entire nation and army barracks are affected by the epileptic power supply and not only the cantonment.

PREMIUM TIMES’ checks showed that although epileptic power supply is a common feature across other military settlements as well as most parts of Lagos, the residents in the Ikeja Cantonment seem to be the worst hit.

At Bonny Cantonment, Victoria Island, and Dodan Barracks, Ikoyi, the residents described the power situation as “relatively stable.” In the former, for instance, some soldiers interviewed said they have about eight hours or more electricity supply daily, while in the latter, it is between six and eight hours every day.

Mr Yerima said many states in Nigeria do not get more than four hours of power supply daily, and barracks are not an exception.

“It affects the whole nation,” he said.

“Even Abuja, Niger Barracks, where everybody is, we don’t get (a) steady power supply. The Army does not have money, but we have made a case and the government is looking into that.”

Why I ‘dined’ with Hushpuppi – Daddy Freeze