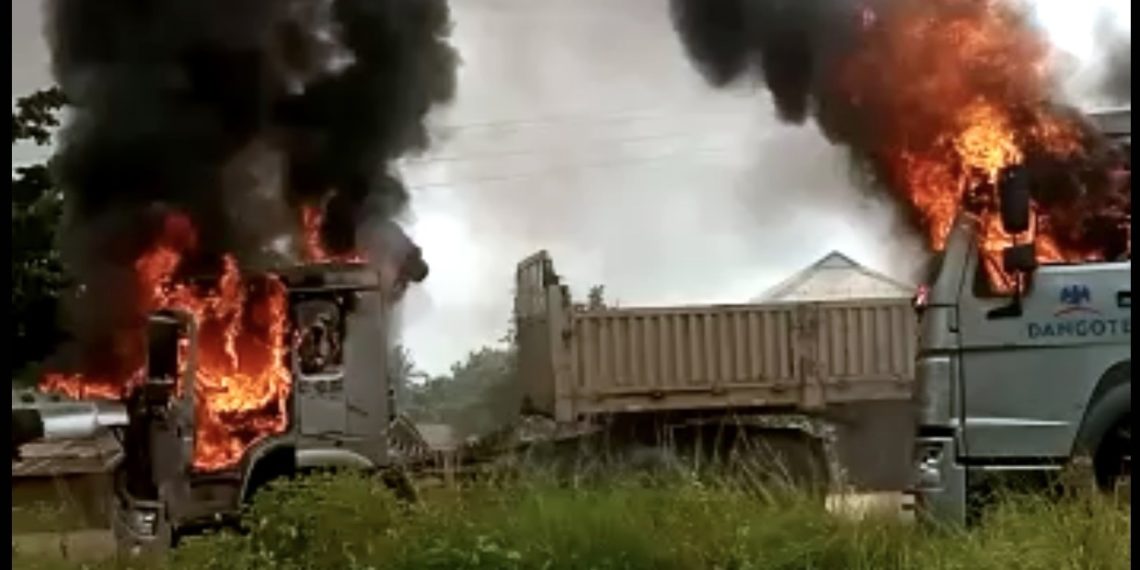 A Dangote truck set ablaze in Ibese community on Tuesday.

“The issue is currently under control. It was a minor struggle that had snowballed into a serious crisis."

Trouble started when commercial motorcyclists and transport unionists clashed over an alleged increase in riders’ tickets, from N600 to N800.

Witnesses said the crisis quickly degenerated into an ethnic conflict between the motorcyclists, who are mostly from the northern part of the country, and their southwestern colleagues at Dangote Junction in the community.

As of Tuesday, about seven people lay dead from the crisis, witnesses said.

When PREMIUM TIMES visited the scene of the incident in Ibese community on Wednesday, the carcasses of the burnt trucks littered the area as well as vandalised shops and other properties.

Hamzat Ibrahim, an indigene of the community, said the conflict began on Monday after a disagreement between a motorcyclist and a union representative trying to sell him a ticket.

“Hausas beat the union representative to a pulp and in retaliation, it became a full-blown clash between the Yorubas and the Hausas and many things were destroyed.

“The Hausas were shooting. Only God knows where they got guns from.

“After the whole fight, men in military uniform came to our town and started shooting. Our investigation showed that those soldiers are unknown.

“But an ID card fell off from one of those putting on the military uniform and the ID card showed that the bearer is a Dangote staff in the transport department, but we are still investigating.” 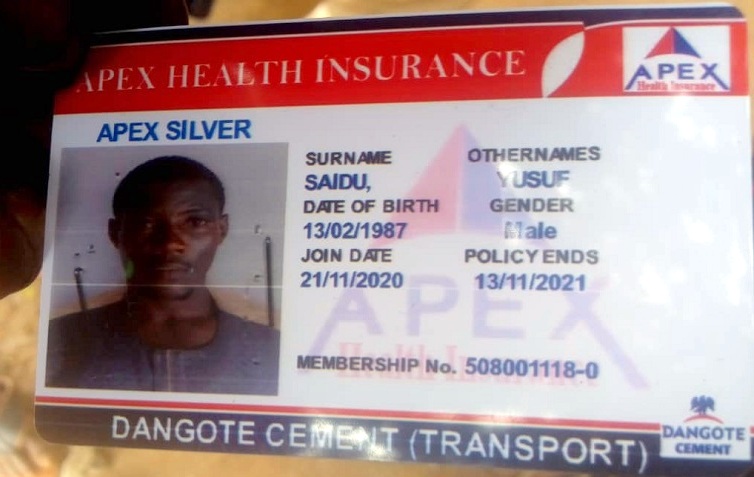 Adeyanju Awoso, a member of the House of Assembly representing Yewa North 1 State Constituency, said both the government and Dangote Cement are to blame for the incident.

“So many problems are confronting our people in Ibese, the way they are treating our people is very bad. Can you imagine that as big as that plant is, the largest in Africa, it doesn’t have a trailer park? Assuming it had a trailer park, their trucks that were burnt would not have been burnt. 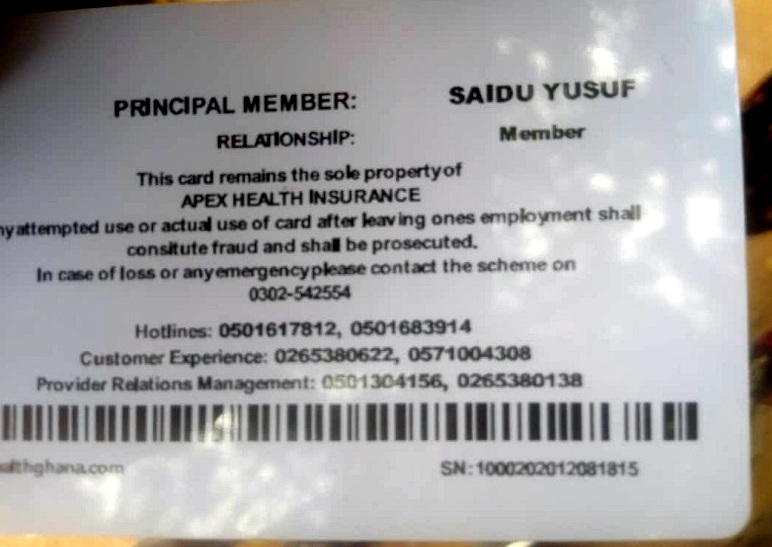 “Our governor and Dangote himself need to address this issue urgently.

“Meanwhile, from the report I had, the youths in the community got angry after the military, who visited the community later yesterday (Tuesday) started shooting anyhow. Specifically, they killed an innocent man sitting in front of his house.”

Mr Awoso said he had informed the secretary to the state government as well as the governor’s chief of staff about the incident.

“I am also on my way to Eleweran now for us to have a round table discussion with the Commissioner of Police on the way forward and from there, we shall go straight to the scene of this horrible incident.

“Another reason why issues like this have continued to degenerate is because there is no traditional ruler in Ibese and this issue had been before the government for the past one year. Ibese needs a monarch and that should be installed as early as possible, so that little issues will stop degenerating.”

PREMIUM TIMES was unable to get the reaction of the state Secretary of the Riders and Owners of Motorcycles Organisation (ROMO), Olalekan Sonaola. When contacted, he promised to respond later. He did not do so as of the time of publishing.

Earlier, on Tuesday, Abimbola Oyeyemi, the police spokesperson in the state, confirmed the incident. He, however, declined to speak on the number of casualties.

“The issue is currently under control. It was a minor struggle that had snowballed into a serious crisis,” Mr Oyeyemi, a deputy superintendent of police, said.

“They said the unions increased their tickets fee from N600 to N800 and that was how the crisis started. But how it then turned into Hausa and Yoruba crisis is what I don’t know.

“But, we are on top of the matter. The situation has been brought under control. Our men are still there as we speak.”

On Wednesday evening, Mr Oyeyemi reiterated that the situation in the community has been brought under control.

“We are monitoring the situation, our men are still on the ground there. In fact, the commissioner of police, Director DSS, commander of Amotekun, among others, have all visited the scene today and more peace has returned to the area,” he said.