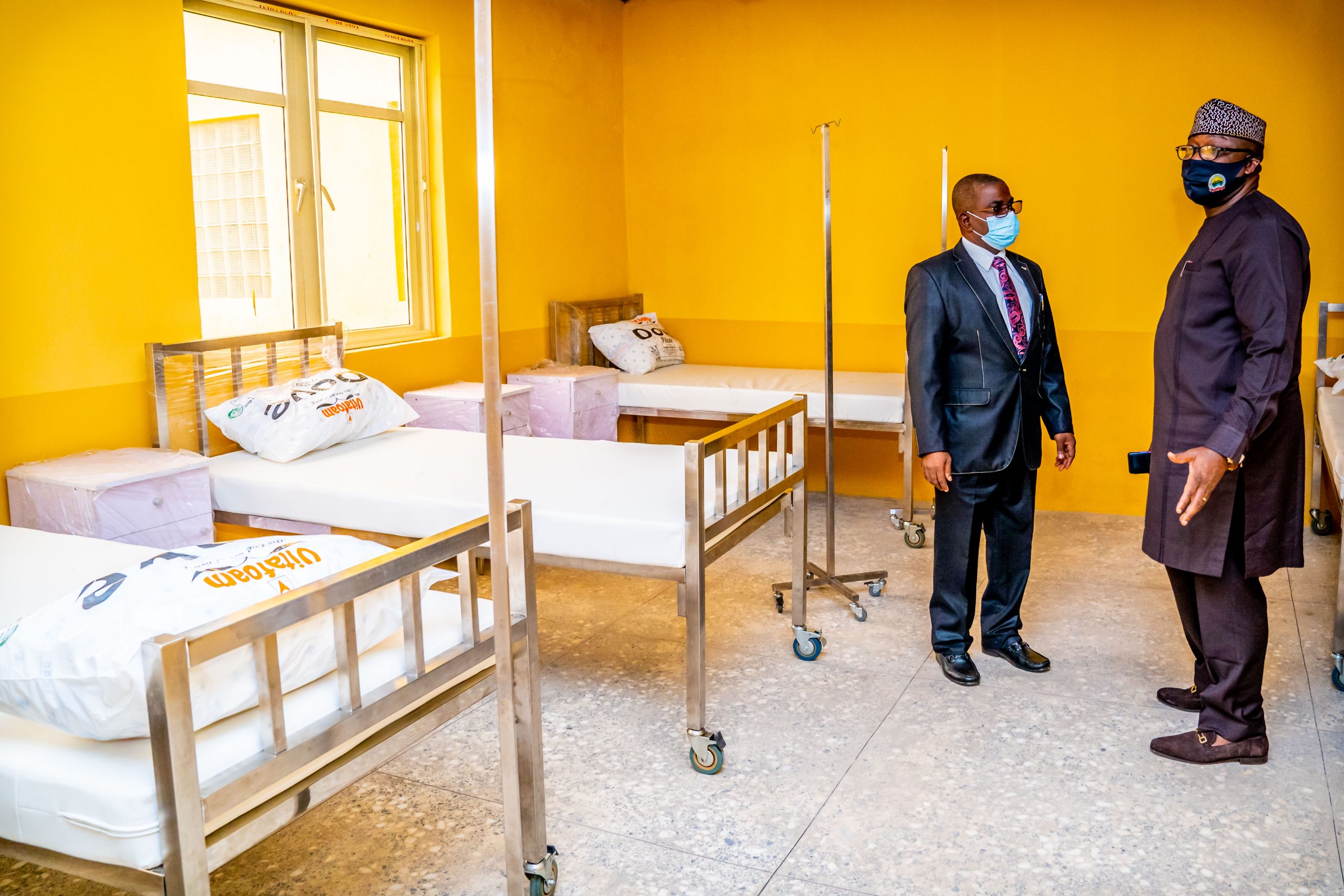 The isolation centre in Ekiti state.

Of the 902 cases in the state, 24 persons are still on admission receiving treatment, 867 persons have been discharged, with 11 deaths recorded.

The Ekiti State government has explained that the five new cases of the COVID-19 discovered in the state resulted from extensive and increased testing across the local governments.

The state recorded the new cases on Tuesday, raising its number of confirmed cases to 902.

Of the number, 24 persons are still on admission receiving treatment, 867 persons have been discharged, with 11 deaths recorded.

Oyebanji Filani, the commissioner for health, told PREMIUM TIMES on Wednesday that the increased number of confirmed cases was understandable due to effective testing across the states.

”We are testing more than we have ever tested in the state,” Mr Filani said.

Mr Filani noted that with the presence of the Delta variant of the virus, which is more infectious and transmissible, there is a possibility that in any state where more cases are recorded, could be traceable to the transmissible rate of the virus.

He added that the state was not alarmed by the records, because it had prepared and had what it takes to tackle the situation.

He said people should wear face masks, wash their hands and adhere strictly to all the COVID-19 prevention protocols as part of the prevention measures.

Mr Filani, however, said the state had yet to determine whether the new cases were the Delta variant because the sequence of tests needed to prove it had not been carried out.

According to the Nigeria Centre for Disease Control, the nation recorded 206 new confirmed cases on July 20.