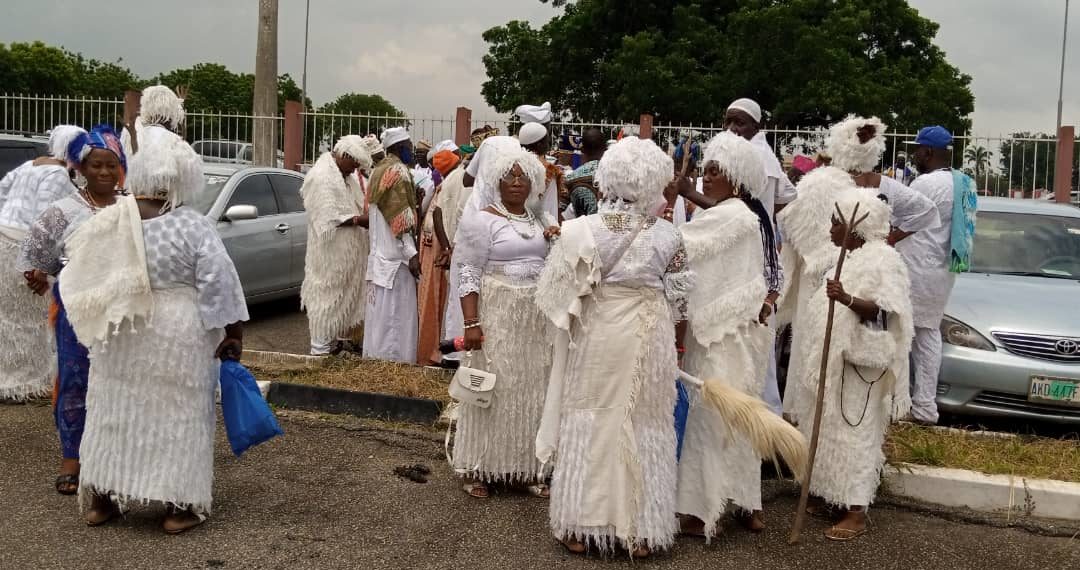 Photo of traditionalists and some Islamic cleric standing outside the assembly complex.

A group known as ‘Isese’ practitioners, told journalists in Abeokuta that the bill, if passed, would eradicate all traditional rites pertaining to Obaship stool in the state.

Traditionalists in Ogun State have converged on the House of Assembly for the public hearing on the controversial bill seeking to regulate the activities relating to kingship and traditional institutions in the state.

The bill, titled ‘Obas, Chiefs, Council of Obas and Traditional Council law of Ogun State, Bill 2021,’ had elicited criticisms from traditionalists in the state.

On Monday, a group known as ‘Isese’ practitioners, told journalists in Abeokuta that the bill, if passed, would eradicate all traditional rites pertaining to kingship in the state.

The spokesperson of the group, Ifayemi Osunlabu, said if the bill sails through and is signed into law, it would constitute an infringement on the rights of the traditional worshippers and might promote chaos and pandemonium in the communities.

As at the time of filing this report, a “stakeholders session” is going on at the Ogun state House of Assembly complex.

Lessons from Euro 2020: The Mancini Method that claimed a famous Italian victory